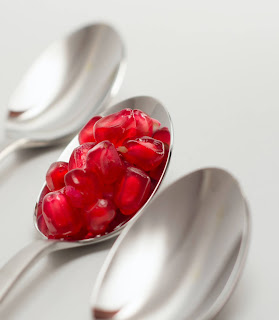 Persephone was a character in ancient Greek mythology. Her mother was Demeter, the goddess of summer.

Persephone was kidnapped by Hades, the god of death and the underworld and while she was held hostage her mother grieved and the world withered. Also, while Persephone was hostage, she did not eat anything except for five pomegranate seeds.

As part of settlement for the hostage situation, Hades demanded that Persephone be returned to the underworld for five months of the year as payment for the five pomegranate seeds.

Doing business with or accepting funding from the Government is the equivalent of Persephone's seeds.

The departure was amicable.

I changed out all of the exterior door locks and today I work on hardening all of the unofficial entries to the house. Kubota sometimes forgot his keys and developed a host of ways to enter the house.

My main concern is not Kubota but rather his friends. His friends are not the brightest stars in the constellation of Eaton Rapids intellects.

Sometimes they drink a twelve-pack or three. Then they are REALLY stupid.

Several of them undoubtedly know of Kubota's unofficial paths.

After imbibing some of them are likely to "remember" something Kubota owes them and they might decide to enter our house to recover it.

It is my not-expert opinion that more than half of the home break-ins locally are by people who are known to the home owners. The people breaking in know the lay-out of the home and know where "the good stuff" is stored. They can also offer lame, half-assed excuses like "Hey, I thought Kubota still lived here..."

They are all a risk.

The windows will get spacers to limit them to opening six inches. Shims will be placed above them so they cannot be lifted out of the track. I will order hurricane film today.

*Yes, I know the conventional term is "shirt-tail" but my fingers thought otherwise. I liked the typo so much I left it.

Posted by Eaton Rapids Joe at 7:27 AM