There is a school-of-thought that contends that the idea of "Adolescent" is a social construct that did not exist in any meaningful way until the middle of the Industrial Revolution.

That school-of-thought contends that the origin of "Adolescence" was not due to new information about biology or neuroscience but because increasing population and improvements in production technology resulted in a surplus of workers. Labor embraced the idea of "Adolescence" as a way to protect the jobs of heads-of-family. 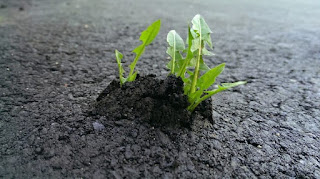 The downside of Adolescence is that it stunts growth.

The current fad is to claim Adolescence lasts until the age 26. Again, economic factors are in play. Those claims are strongest in places where the price of housing is highest: Places like Seattle, Portland, San Francisco, New York, Chicago.

Growth that is denied healthy outlets will find unhealthy ones.

I believe that they human brain is extremely plastic. The same human who is a warm family man and an elder in his church can be a stone-cold killer in the Mafia.

We respond to cues in the environment in powerful and unpredictable ways. Those cues and the patterning can easily steam-roller our "conscious" desires.

Every group will have a designated jester and hero and king and judge and caretaker-of-souls. If one of them moves on, then somebody in the group will step forward just like a trout moving into a prime feeding station when the alpha trout is caught.

This dynamic pretty much kills any possibility of an organic Utopia. Somebody is going to be a prick-of-misery. Guaranteed. Somebody will love pranks. Somebody will be a drill-instructor and so on.

The best way to modify behavior is to change the environment.

Angry people: Avoid the stimuli that pisses you off.

A toxic personality can change when tossed into a different environment. The whiner and malingerer can become productive and cheerful with a job change (I have seen this happen).

Killing "Adolescence" (the concept, not the wee-sprouts)

Recall the contention that Just-in-Time inventory is a powerful problem solving tool because it removes inventory that cloaks the cause-and-effects that lead to problems and waste.

...the Dog returns to his Vomit and the Sow returns to her Mire,
And the burnt Fool's bandaged finger goes wabbling back to the Fire  -Kipling

What is "Adolescence" other than a coddling of young humans and "saving" or "rescuing" them from the consequences of stupid choices? Even the least intellectually gifted child does not put his hand on the burner of the stove more than once in spite of what the Gods of the Copybook Headings claim.