"Salient" is a word that derives from Latin word "Salire" which means "to leap (out)". 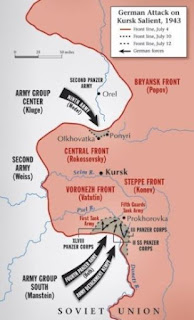 In the military, a "salient" is a portion of the line that is on the verge of breaking through the opposing forces...or in danger of being cut-off from supplies and reinforcements.

In the world of heuristics and risk-assessment, "Salience" is the tendency to overweight novel and graphic outcomes and underweight common, pedestrian outcomes.

A common demonstration involves listing a list of causes-of-death and asking people to rank-order them.

For 2019 the order is correct EXCEPT Murder, HIV and Drug overdose are not on the list...at least not that high.
Salience is a sneaky thing. What is common and boring is not newsworthy. Novel and graphic titillates and sells advertising. Consequently, that which is truly important is not reported and that which is freakishly rare is announced with trumpets.
Humans sense change
It is probably a hold-over from our evolution.
Risk comes from changes in the environment: A lightning storm coming over the ridge, the sound of an avalanche, the buzz of a rattlesnake.
We walk around in a gravitational field of approximately 32 ft/sec^2 and are completely oblivious to it (except after drinking too much).
But put us on an elevator and our stomach feels like it is about to launch through our mouth in a change of one-tenth that 32 ft/sec^2. For the lovers-of-words, the technical term for rate-of-change-of-acceleration is "jerk".
Humans tend to normalize risks and accept it as baseline. Once it is incorporated into the baseline it becomes totally invisible to our decision-making process.
Driving 85 mph on the freeway while shaving? No problem, do it every morning.
Smoking two packs a day? Hasn't killed me yet.
Whack-a-doodle, fad diets? Count me in. The last seven I tried gave me things to talk about at parties.
An oil pipeline 250 miles away? No way! Gonna kill us all.
At the risk of sounding political, the number of babies aborted every 24 hours is nearly the same as the number of adults killed on 9/11. And people yawn because the abortions happen at that rate, Monday-through-Friday, every week of the year. It is baseline.
Not just risk
This applies to many other things. Consider the amount of resources that every working family sinks into taxes and insurance. It is virtually invisible to them because it does not change (much).
Another example might be the health impact of eating fast-foods.
Or consider the amount of emotional scar-tissue that a toxic friend or family member deals out every week. We accept it because it is part of our baseline.
The list is very long.
One way to get our arms around the distortions this heuristic creates in our lives is to take an annual inventory (or every five years) using a zero-based approach. EVERYTHING goes in and it either ends up on the debit side of the ledger or the credit side.
Posted by Eaton Rapids Joe at 7:00 AM