---Disclosure:  These are the thoughts of a practicing Roman Catholic who attends Mass every Sunday and sits in the back pews.---

End of Denial
Perhaps the biggest miracle is that the Roman Catholic Church was able to push aside denial and recognize that they had major issues to deal with.

In many cases, the Church was able to pinpoint issues and implement effective countermeasures.

Printed Bibles
The Church recognized the futility of closing the barn door after the horse got out.  The Church responded by commissioning the translation and printing of Bibles in the major "vernacular" languages of Europe.

This was critical because very slight changes in translation or the omission of content can result in extremely large differences in practice.

When things settled down, the Roman Church adopted the practice of selling property to release it back to the economy.  Even things like the artwork in the Vatican...most of it is not top-tier artwork.

Even to this day, the businesses that the Roman Catholic Church engages in, like running hospitals, are not profit oriented ventures but social agencies to discharge our Christian mission.

This is probably the single biggest thing that the Roman Church could have done to prevent Europe from going off like a grenade in a phone booth.

Applied intellectual vigor to theology
"Bad" theology proliferated because religion, as practiced, was a product of its time and culture.  Specifically, religion was treated like another trade Guild.  They just did not know any better. 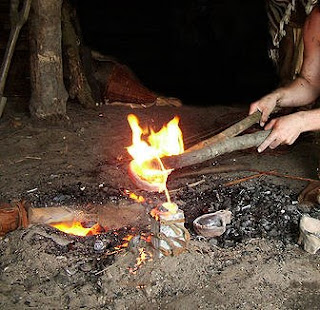 A tradesman casting belt buckles was able to cast belt buckles suitable for holding up a pair of trousers without needing profound knowledge of metallurgy, heat treatment or toxicology.  Consequently, the state of the art either stagnated or slowly evolved in unpredictable directions as journeymen trained apprentices.  For instance, sword makers came to believe that the best way to heat treat a blade was to heat it to lemon yellow and then run it through a slave's chest.  The stronger the slave the better the blade.

Part of the Counter Reformation involved the Council of Trent where theology was discussed and something very much like "peer review" purged the finished product of sloppy theology and resulted in a coherent theology with a single, standardized message.

Standardized processes for training Priests
Before the Council of Trent every parish/diocese had evolved their own process for selecting priests.  For example, in the absence of any other considerations, minimizing the opportunity cost to the community would entail nominating the asthmatic, near-sighted klutz to be the priest.  That would entail the minimum loss of the village's fishing, farming and woodcutting capacity.

One of the outcomes of the Counter Reformation was to impose standards on the applicants; example, they ought to be capable of learning to read.
Another outcome was to drill them on the theological niceties that came out of the Council of Trent.  It was no longer acceptable to "wing it" and make up stuff as you went along.

A side trip into Theology
The Roman Church's position on "Penance" and "Works" required a higher degree of training because it involved some subtlety.  In short, the Church contended that Faith and Works are Siamese twins.  They coexist and are inseparable.  It is a whole-person, non-reductive perspective.  The terms "words" and "values" are functional equivalents in the secular world.

Confessions were valid only when the person confessing was both contrite and firmly committed to changing behaviors.  "Selling of indulgences" came to an end.

Comparison and Contrast to today

Denial
The power elites think everything is fine.  They appear immune to cognitive dissonance.  They have no reason to change direction.

Wealth
The power elites are still black holes, vacuuming up all wealth and power that crosses their gravitational field.

I see no trend that might soften or ameliorate coming conflict.

From Alinsky's Rules for Radicals
While the Roman Church consolidated its positions, pruned off bad practices and became more coherent, today's radicals are diverging.  They operate by releasing operatives who function as free ranging hit-bots that destroy targets of opportunity.  Hit-bots are not a leadership style.  Hit-bots are agents of chaos and scorched earth.

Again, I see no trend that might soften or ameliorate coming conflict.

Synchronizing words, values and actions
Those who offer themselves as our leaders despise us.  They mouth words of compassion in public and privately promise their cronies our property, our health and our hearts.

Again, no reason to hope.

Pray always.  Test everything.  Keep what is good.  Avoid evil.

I had an insight while digging potatoes:

There are significant parallels between the conditions of today and the period immediately before the Protestant Reformation.

How can things that are entirely transparent to me can be completely opaque to others?  For instance, I see the direction of our society as an imminent train wreck.  Many others see it as inexorable progress.  In some cases it is due to differences in the content of our education.  I was exposed to classical, western civilization.  Later students were exposed to more contemporary, less western oriented "history".

OK, I know some are going through a big eye-roll.  But the fact remains that the Protestant Reformation was cataclysmic.  It upended dynasties.  It ushered in a period of civil liberties, individual rights and the primacy of reasoning.  Those liberties and the concepts of individualism sparked an economic boom in the Western World.  It also resulted in the deaths of 40% of the population in Germany and significant portions of the population elsewhere.

Movable type printing
The first book to be printed in Europe was the Gutenberg Bible in Germany.  Bibles used to be very rare and very precious.  They were hand written.  They were difficult to decipher.  They were protected and were used as rarely accessed references.  The mass printing of Bibles made God's word accessible to at least a 1000 times more people.  It is not surprising that Gutenberg and Luther (both Germans) are linked in the minds of most historians.

The easy access of Bibles was more of an enabler of the Reformation than a cause.  There had been other, earlier protests against the Roman Church that had been easily squashed.  The Roman Church controlled the information, command and control mechanisms.  The printed Bible replicated the information beyond what could be contained.  That knowledge served as nuclei and a multitude of parallel command-and-control structures spontaneously sprang forth.

Captured wealth
The Roman Church was eternal.  Property was often willed to the Church in the hopes of greasing the skids for salvation.  When property was willed to an individual, that property would re-enter the market when that individual died.  The amount of property owned by the Church continued to ratchet up over the centuries because the Church did not die.

Complaisant bureaucrats in the Church had a stranglehold on the means of production while aggressive, go-getters were left sucking dust. 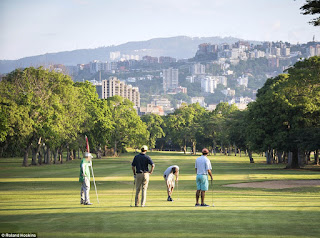 This played into the Reformation in two ways.  The economy was impoverished as the best lands and businesses were absorbed into Church holdings.  Starving people with no economic prospects get angry, especially when they can look across a fence and see fat people goofing off. 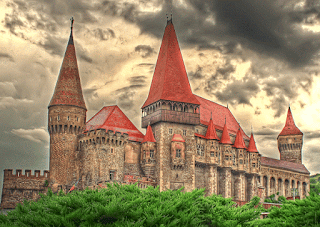 The other way it factored in is that political entities...kings, dukes, barons...saw all that Church property as spoils-to-the-victor.  It was not just the starving peasants that envied the Church's captured wealth.  It was coveted by people with armies, castles and cannon:  They had the means to both seize and to protect that wealth.

Corrupt people in positions of power
One of the burning issues that drove the Protestant Reformation was "the selling of indulgences".  Today, we would call it pay-to-play. 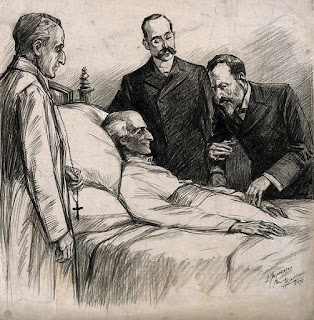 "Selling indulgences" was the giving of absolution (and therefore a free pass into heaven) in exchange for payment or a transfer of wealth.  This often occurred on the miscreant's deathbed.

I suspect that this has always happened, smoldering at some low level.  Shortly before the Reformation the practice was both flagrant and crassly practiced.  People of lower means were held to one set of standards while people with power or money were allowed to skate.

Does that sound familiar?

He dutifully pointed out issues. 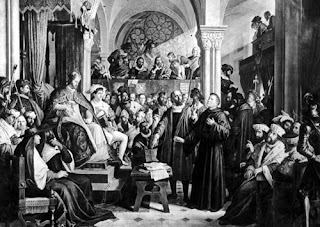 Then he was persecuted by the powers and vested interests.

There was sufficient "potential energy" captured  in the system that it blew up, absolutely fragmented when he did not shut up.

The world was never the same afterward.  And 40% of the German population, the epicenter of the Protestant Reformation, were still dead by fratricide.