What is the point of living frugally if money will soon be worthless? 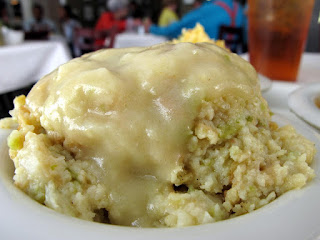 I subscribe to the notion that we are creatures of our habits far more than we care to admit. Like an arrow, our future direction is directed in large part by what we drag along behind us.

I once was "witness" as a second member of management to the discipline of an employee who was responsible for inspecting product near the end-of-the-line.

His job had been given a new item to inspect. The item in question was a "back-up camera" and the connector was at an odd angle that resulted in a less-than-100% connection rate by production. He flat out said "I ain't gonna do it."

Two months later, a vehicle Jumbo had inspected was found to have that option not hooked up.

The issue was exacerbated by the fact the defective vehicle had been shipped to China and they insisted that it be shipped back to the factory for repair. Can we say "$10,000 in shipping costs"? I knew we could.

During the discipline interview, Jumbo admitted his life had turned to shit. His wife was divorcing him. He was having emotional issues. He knew he was supposed to check the back-up camera (put in reverse and see if an image shows up on the monitor) but for some reason, he just could not do it.

The reason I was there as a second member of management was that Jumbo was walking the plank. One more screw-up after this one and he would be fired.

The committeeman suggested that we adjourn the proceedings for a week. The committeeman then had a private meeting with Jumbo where he "suggested" that Jumbo put in his papers to retire.

Jumbo saw the wisdom in the committeeman's suggestion. One week later, Jumbo was no longer on the roster of active employees of the company.

Contrary to popular belief, it is possible to fire a retired person but it is usually not pursued.

Jumbo had the self-awareness to realize that he had habits he could not shake. He realized that by spouting off his mouth he had painted himself into a corner.

He took the wiser path.

Spendthrifts are apt to mock me because I live below my means.

That strikes them as crazy.

I am content with my choices. If the economy goes into the toilet I am happy with cornbread, gravy, potatoes, oatmeal and eggs.

I suspect that what I see as a hiccup in my standard-of-living will be cataclysmic for the spendthrifts. No money for me is an inconvenience. No money for a spendthrift is a life-threatening event.

Your mileage will vary.