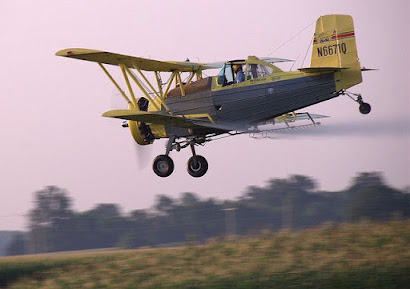 Thibodeaux and his squad moved slowly through the night. They followed old fence-lines a quarter-mile east of Williamston Road for most of the way. That kept them off the roads where they were most likely to run into guards or civilians.

They arrived at the sector they had been assigned well after midnight. Traveling silently, cross-country, by night is slow business.

The main portion of the squad bivouacked at the edge of a woods a quarter-mile northeast of the corner of Williamston and Howell. Thibodeaux and Andi bivouacked on the south side of Howell Road.

The reason Thibodeaux and Andi camped in a different location was that Andi’s vocalizations while “cuddling” were notable for their range, intensity and duration. As a matter of courtesy, Thibodeaux moved their bivouack away from the main group so the sounds would not keep them awake.

It was not far enough.

Shortly after Thibodeaux and Andi became a couple, Thibodeaux asked "Do you HAVE to be that loud.

Andi glared at him and answered “Yes I do HAVE to be that loud!”.

The few locals who noticed the unusual sounds assumed that a pack of coyotes were yipping at the moon.

Trudi never expected Fuller Park to descend into chaos, certainly not at the speed with which it had.

The evening before there had been relatively few empty campsites.

By the middle of the next morning the entire park was a zoo. Men, women, entire families were streaming out of the park. Some carried their tents. Others had clearly abandoned everything they owned other than the clothes on their backs.

It would have been trivial to have buttoned up the park before the mass exodus, although now it was a moot issue.

Still, Trudi tried. Every person she turned to replied “I am not authorized” or “It is not my job” or “It is above my pay-grade.”

Even as she watched, columns of smoke started rising in the still, morning air above the residential neighborhoods and she could hear windows being broken in the nearby hospital.

Trudi surmised that the refugees had taken it upon themselves to find a grub-stake before setting off to wherever they were destined.

Shots rang out. Apparently, the fact that a house or business was currently occupied was not much of a deterrent to the desperate refugees.

Stopping one of the refugees who was passing her, a refugee she recognized as a former patient, Trudi said “Why are you running away? If you caught Ebola then we can treat you better here than where you are going.”

“Fuck Ebola!” the former patient cursed at Trudi. “The Hard-Timers are coming.”

“I assure you that the leaders of Ann Arbor have things well in hand. They are undoubtedly negotiating with these ‘Hard-Timers’ and are resolving any misunderstandings like adults” Trudi said.

The former patient looked at Trudi like she was stark, raving mad. “Do you really believe dat shit...dat da leaders of Ann Arbor have a fuckin’ clue?”

And with that, the former patient dismissed Trudi and continued trudging in the direction she was destined.

The Hard-Timers brushed aside the feeble resistance of the Ann Arbor ground forces. The AA ground forces were swept aside like so many cornbread crumbs off of an oil-cloth table covering just before dessert was served.

In extremis, the People’s Collective Voice had thrown clerks and naturalists, street-artists and social workers into the breach.

Nearly to a man, and woman, they had thrown down their weapons as soon as their leaders were out-of-sight and fled.

The Socialist Utopia had promised them self-actualization. It had promised full employment based on the near infinite division of tasks where each person was the perfect widget for their place in the machine. If such a place did not exist, then a place would be designed and the position guaranteed. Every person was totally perfect, totally necessary and totally well-compensated.

As Yogi Berra once noted, “If people don’t want to come to the ball-park, you cannot stop them.”

Sure, college towns have athletes. But it is seldom considered that 90% of the athletes who are capable of competing at Division I Universities never graduated from high school.

Of the 10% who do graduate, a significant portion of them struggle to stay in college for a variety of economic and social reasons.

The institutions the Hard-Timers matriculated from, on the other hand, received a huge number of very capable men. They went in capable and when they left prison, they were also well trained and cold-blooded in the extreme. They were Hard-Timers.

The only thing that kept Ann Arbor in the game was their air attack.

The Hard-Timers were loath to walk anywhere. They had trucks. They had an abundance of fuel. Damned if they were going to walk.

The problem was that Mészáros simply didn’t not have the fire-power to match his maximum...and safest...air speed.

If he strafed at his maximum speed then he was laying down one bullet every 25 feet with his two machine guns. That density of fire is not sufficient to intimidate ground-forces nor likely to cause them to cease firing at his plane.

If he slowed down to lay a higher density of bullets, then he became a juicier target.

Mészáros had been badgering his ground-crew to find a way to increase the rate-of-fire. One of them had changed out the recoil springs and opened up the gas-port which increased the rate-of-fire by 50%. One bullet every 17 feet was a barely noticeable improvement and the guns started jamming up.

On top of that, ammunition and linked belts were becoming increasingly scarce.

Still, Mészáros succeeded in temporarily stuffing a cork in the bottle. He found that he could create a bottleneck if he dropped down to 200 knots and focused his firing at the head of the column. If he opened up at 3/4 mile and held down the trigger for a count-of-8-Mississippi, then he was dumping 250 bullets into the first few trucks of the columns and that was invariably enough to stop them and clog up the road.

Bob Krissman had NOT asked for this assignment. It did not matter.

He was flying an ag-Cat crop-duster he was not rated for. He was a piston-engine flier, not a gas-turbine guy. That prick, Mészáros, told him to keep his foot in the gas and keep the engine near red-line and it would all work out.

Easy for him to say. Mészáros was flying the second mission with the plane provided Bob didn’t stick it into the ground like a 3,000 pound Jart.

Bob’s payload was 400 gallons of liquid.

Bob had to admit, the bi-plane's 750 shaft horse-power and variable-pitch prop had gobs of thrust and lift to burn. And since he had been told to keep his foot in the gas, every one of those ponies was chomping at the bit to take him for a ride. This might even be fun...