Immediate results: The cornerstone of persuasion 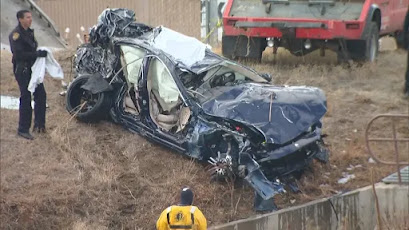 This story is not my story. It is one told by Mark Jewell, President and co-founder of the company Selling Energy.

It has been several years since I heard the story so I may get some minor details wrong. Forgive me, Mark, if they are important details.

Mr. Jewell had a salesperson who he had coached to sell energy efficient appliances and LED lighting.

The salesperson was working in the Gulf States and had a very large account he had been on the brink of selling LED lighting to. On the brink, but never quite able to consummate the deal. The economics were there. The payback-period was significantly less than the client's target. The amount was not even that huge, $100,000 would rebulb the plant and the plant's electricians could do the work on off-hours.

The salesperson knew he was missing something important. He called Mr. Jewell and offered to pay his plane fare and hotel bill. The salesperson had been trying for two years.

Mark looked at his calendar and he could move a few items and fly to Mississippi.

They toured the chicken processing plant. It packed $10,000 worth of chicken a MINUTE. 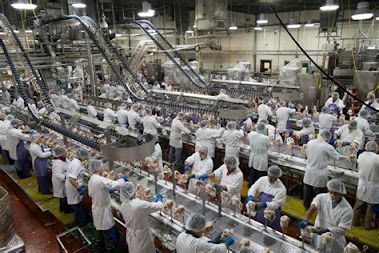 Chicken is a commodity. It runs on razor-thing margins. That means there are almost no people in the plant who are not directly involved in processing chickens.

The entire finance department was one guy and he was giving the tour.

Mark 100% believes in "Challenger Sales". Salesmen make sales by solving a problem that is biting the customer in the behind TODAY.

He is critical of relationship-based selling. The way to build a relationship is to save the buyer's job or to get him an enormous bonus, not by taking him golfing. That is, successful sales create relationships rather than relationships creating sales.

As the organized chaos on the plant floor started to order itself, Mark noticed one guy who very clearly was not involved in packing chickens. "Who is he and what does he do?" Mark asked the finance man.

"Oh, he is the United States Department of Agriculture inspector" the finance man replied. "We cannot ship so much as a drum-stick without his approval."

Mark already knew that the existing lighting was metal halide bulbs. He also knew a little bit about geography. Mark asked "What happens when you take a power-hit during a lightning storm?" while still looking at the inspector.

The finance guy's face deepened into a frown. "He shuts us down for fifteen minutes while the lights power back up."

"How often do you have power outages?" Mark asked.

This, the finance guy knew with great precision. "In June, July and August we average three outages a month. This is the Mississippi Delta and we get some lightning storms that are humdingers."

Then Mark asked a question that seemed totally off-the-wall. "When are you going to stop crashing Maseratis in your parking lot?" He asked it in a voice that was totally conversational.

"I beg your pardon?" the tour guide asked.

"I heard you say that you ship $10,000 of chicken a minute. I heard you say that you lose 15 minutes every time your power hiccups and that happens three times a month. That means you are losing roughly half-a-million dollars a month which is the price of a Maserati. Basically, you are chosing to crash a Maserati-a-month in your parking lot by not installing LED lights that are up to full lumens in half a second."

The finance guy was nobody's fool. It took him about ten seconds to process Mark's line of thought.

Four minutes later they were in the Plant Manager's office. The finance guy started the conversation with "Sid, we have to stop crashing Maseratis in our parking lot."

Half an hour later, the salesperson had a signed contract to re-bulb the plant in his briefcase.

His secondary point is that we get mentally lazy. It is easy to plug-and-chug with a formulistic approach like calculating ROI. Those are exactly the approaches that have the most impenetrable filters.

Jewell says you need to understand the customer's business well enough that you can show them where they are crashing Maseratis in the parking lot and then show them how your product will prevent that.

Because I came perilously close to infringing on "fair use", I am including these links to Mark Jewell training to make-it-right.

Posted by Eaton Rapids Joe at 9:30 AM