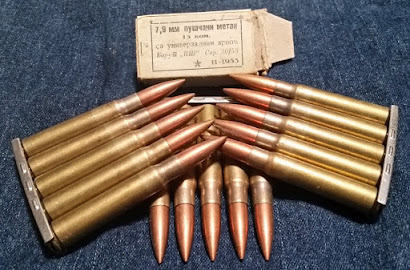 Thibodeaux was not happy.

That wasn’t saying much. Nobody in Thibodeaux’s unit was happy. In fact, most of them were despondent to the point of being non-functional.

Thibodeaux was merely unhappy but he had a plan to do something about it.

Thibodeaux’s original group of co-workers were herded into a larger group and then were randomly dealt out to various functions. Those functions pulled in the people, added a bunch of people Shanghaied off the street of Ann Arbor, then re-shuffled them and dealt them out again. Only one of Thibodeaux’s co-workers, Jake Bruner, was in his current unit.

Each session of fold, mutilate and spindle was preceded by bus rides. Each redealing of the cards was followed by a bus ride. Every bus ride took them farther north.

The last reshuffling resulted in Thibodeaux and Bruner in a group of with ten other “fighters”. Fully half of them were recent immigrants from Detroit, a couple were heavily tatted women and the others were soy-boys.

Ironically, the fighters from Detroit thought Thibodeaux was mocking them when he was talking. Bruner had to intervene to prevent a fight. “That is just the way he talks. He is from Gran Chenier, Louisiana.”

That wasn’t entirely true. Thibodeaux had spent a large portion of his childhood near Grand Chenier, but he had never been a town kid.

Suddenly, the Blacks were OK with Thibodeaux. Ironically, they understood each other better than they understood the whites speaking "conventional" English. The ebonics of the Mississippi Delta and cadences of the Caribbean were not that different from the Arcadian/Cajun inflections of the coon-ass Thibodeaux.

Thibodeaux had no way of knowing, but the fact that he had “Black” blood from two sides of his family four generations back didn’t hurt him. Thibodeaux didn’t know about his heritage. It was a deeply buried family secret. But the Blacks from Detroit looked at the set of his nostrils, his tightly curled black hair, the brown of his eyes and they heard the basso resonance of his voice and they knew; they knew he was 'passin'.

What they could not stand, however, were his cigars.

“Thibodeaux, those are fuckin’ nasty. They smell like ass”

For his part, Thibodeaux did much care what other people thought.

The final bus ride debarked very close to where the Buffer-Zone strike-force had set up their mortars north of Howell to bombard the marshalling area.

They were issued weapons and ammo. The quartermaster randomly reaching into a locker and whatever weapon his hand closed around is what he handed the next soldier in line.

Thibodeaux was disgusted when he was handed a cheap, big-box branded .22 semi-automatic.

Thibodeaux had nothing against .22s. He had used them to shoot countless deer, turtles, squirrels and nutria in the bayous back home. He just didn’t think of them as an appropriate weapon for animals who could shoot back.

His unhappiness grew as the Sergeant briefed them on their mission.

They were going to sweep one-hundred-square-miles of “Thar be Dragons” territory of all residents. The men and women suitable for soldiers were going to be offered positions in the Ann Arbor military and everybody else was going to be shipped to Ann Arbor re-education camps.

The majority of the buildings were then going to be torched.

Sayed’s plan was to stretch out the Buffer-Zone defenses from north of Thar-be-Dragons to the very edge of Hard-Timer’s territory. By pressuring them at multiple points along that front, the defense could not slide to support the most pressured points without collapsing locally.

Specific to Thar-be-Dragons, Sayed intended to combine General William Sherman’s drive across Georgia with Stalin’s Holodomor in the Ukraine.

Quite simply, Sayed was going to break the back of the areas north of his area-of-operation so he could pressure the Buffer-Zone from a side they had not dug-in to defend.

Unlike the soy-boys and the dykes (as Thibodeaux thought of them), Thibodeaux knew that people who had nothing left to lose were unpredictable and dangerous. And, in his mind, a .22 just wasn’t going to cut it.

A .22 is plenty when you have control of the situation and can pop the target between the eyes or behind the ear before they know you are there. But it is not the weapon-of-choice when hunting hogs-with-dogs, for instance. When things go kinetic, he wanted something far more substantial than the dainty rifle with the tupperware stock and the flimsy, stamped sheet-metal magazine that stuck out the bottom of the rifle a full six inches.

Looking around at his unit and his “sister” units he saw SKSs, AK-47s, more .22s, a few shotguns and some old mil-surplus bolt action rifles. He knew he didn’t have a snowball’s chance in hell of swapping his .22 for an SKS or AK-47. He didn’t really want a shotgun...the ammo was as heavy as hell.

That left the mil-surplus, bolt actions: Several Russian Mosin-Nagants and a Turkish Mauser.

Thibodeaux wanted one of the Mosins but it was not to be. Only one of them had a bayonet and it was a short rifle and still drenched with cosmoline.

The Turkish Mauser had obviously come from a collector. The bluing was in good shape. There was no cosmoline and the bore was not bright but the rifling was strong. Best of all, the damned rifle was over four feet long and it came with a bayonet that fit. The bayonet was easy to install and very firmly secured so it was clearly not a mickey mouse add-on for looks.

Thibodeaux appeared to not appear very interested. “What else can you throw in to make it worth my while?” he asked.

Both parties were happy. The soy-boy got a semi-auto .22 made from modern materials. Thibodeaux got a nine-pound, wooden stocked, 1938 Turkish Mauser and forty-five rounds of clean Yugoslavian ammo on stripper clips that were five times heavier and twice as fast as the .22. And he had a bayonet and two weeks worth of instant coffee.

Pep looked at Wyatt. Wyatt was one of Pep’s “old men” and not subject to being moody. But here he was looking as if he had lost his last friend.

“What’s biting you in the ass, cowboy?” Pep asked. He didn’t believe in coddling his men but he needed to know if something was taking their head out of the game. If they interpreted that as “concern”, well, Pep was not going to tell them otherwise.

Wyatt looked up, his face a study in abject misery.

Pep saw that Wyatt had a letter in his hands.

“I got a letter from my wife” Wyatt said.

“She lives in Livingston County. She wrote this letter two months ago and I didn’t get it until just now.” Wyatt said.

Then Pep did understand. During the truce, mail had been exchanged between the two sides. All mail went to Capiche and it was distributed from there. That meant that letter meant for Wyatt pass within four miles of his location, went forty miles west and then was shipped forty miles east. It all took time.

“So what does she say?” Pep asked.

“She said that she saw the news shows from Ann Arbor and she can’t stay married to a ‘baby-killer’. She said she found a new guy and she moved in with him. She changed the names of my kids so they won’t know.” Wyatt said, his voice breaking.

“Bitch!” was all Pep could think.

Wyatt had ample opportunities for a girlfriend but he had carefully kept himself busy to avoid temptation. Mentally doing the math, Pep figured that his wife had already dumped him.

In spite of himself, Pep found empathy.

"Keep your head in the game and it will turn out OK. Trust me on this." Pep told him.