Quest: "I got rights" 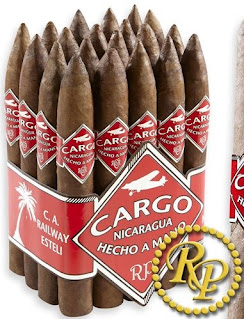 Ann Arbor did not passively wait while Capiche and her allies were assessing the terms of surrender.

Sayed had his aviation wing yanked from him and tasked to home-defense. The planes were fitted with a dog's breakfast of armament and set to patrolling the sky over Ann Arbor and points west. They patrolled around-the-clock and reconnaissance missions were flown over western Jackson County during daylight hours to identify potential massing of troops and arms that might signal an invasion.

The People’s Collective Voice of Ann Arbor did not take Capiche’s rejection of their demands for surrender well.

At the very least, they expected a counter-offer. Ann Arbor would have agreed to anything and then ignored it after they had people in place.

They had not expected a simple rejection.

*
In any given population, a maximum of 10% of the population is suitable for military service. That encompasses men ages 15-through-35 with waivers for those not physically suitable or who held critical jobs.

Since Ann Arbor was a beacon of equality, an additional 5% in the form of women who didn’t have children were also folded into the mix.

That created a pool of 10,000 potential soldiers to throw into the fray. The problem was that most of the 10,000 were not soldiers, yet. The easiest soldiers to send were the ones already in uniform, even if they were soldiers critical to infrastructure.

That is how the impress bus showed up in front of the shop where Thibodeaux worked. The military was brooming out the cupboards as a stop-gap to impressing civilians and getting them “trained”.

The entire shop, supervisors included were told to “fall-out” in front of the overhead doors for immediate departure to the front. Hendry Gilmour asked how long they would be gone. He had a date that night. Hendry was informed “It is for the duration.”

Thibodeaux pulled out a duffle bag and removed a few items from his locker and his tool box. He had a feeling that his property would be rummaged through and anything of value pilfered.

Opening the bag, he loaded in clean dry socks, a spare pair of work boots, a few small tools that might come in handy, some 550 paracord, a water filter and finally, every cigar he could find. That was not a trivial number, he had just replenished his supply at a poker game where somebody who believed in luck ran into somebody who could apply statistics.

The optimist had settle his debt by parting company with a bundle of twenty, Rocky Patel “Torpedos”.

Thibodeaux heard Lenape making a scene out front. Zipping the duffle-bag shut, Thibodeaux carried through the repair bays and then through the overhead doors.

He walked to the end of the line, separated himself from the man on the end by six feet and awaited developments. Thibodeaux had not hurried but he was still one of the first men to line up.

Lenape kept getting louder. When she was on a tear she could turn the air blue and hardly ever repeat herself.

The Political Officer gave Hendry Gilmour an order. “Tell her to shut up and get on the bus.”

Lenape overheard that and her voice because even more strident and screechy.

“I got rights an I know dem!” she shouted.

“I got da right to appeal reassignment” she screeched.

“You caint make me get on dat bus widdouta right for me to appeal” Lenape yelled. Lenape was firmly of the opinion that the more people who heard your "case" the stronger your position.

Lenape had been down this road before. She KNEW she had rights and she knew that the person who exercises them rigorously has more rights than the person who is silent.

The Political Officer told Gilmour “I ain’t fucking around. This is your last chance. Order her onto the bus.”

The Political Officer wasn’t addressing Lenape, a fact which infuriated her. He was addressing Gilmour, her officer of record.

Hendry Gilmour was a study in abject misery. He was going to miss his date. Lenape was within her rights to demand appeal and status quo ruled when appeals were pending. Everybody knew that. He could not “make her” get on the bus.

The Political Officer stalked around behind Gilmour.

Lenape kept hectoring Gilmour and the Political Officer. She was sure it was just theatrics, an exercise in intimidation.

Almost everybody was surprised when the Political Officer pulled his duty handgun from his holster and shot Gilmour in the base of his skull. Then he gut-shot Lenape twice.

Without raising his voice, he asked “Does anybody else want to argue or are you getting on the bus.” It was not really a question.

Thibodeaux was not a perfect soldier or a perfect man. He had come to the conclusion long ago that if you cannot be perfect, the next best thing was to be invisible.

Thibodeaux had a lot of company in holding that opinion. The entire cadre who worked in the shop filed aboard the bus without a word. The entire cadre, less Gilmour and Lenape. They were left on the pavement in puddles of blood.
Posted by Eaton Rapids Joe at 12:30 AM