From the Black Lives Matter Manifesto 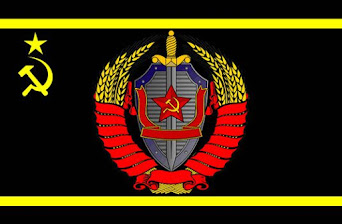 Selected DEMANDS from the BLM Manifesto

The abolition of the Legislative and Judicial Branches of the US Government.

A federal minimum wage of $20 per hour.

To those of you with BLM signs in your yard: "Do you advocate or repudiate BLM's DEMAND that the currency be debauched and the purchasing value stolen from those seniors who saved their entire life to have a retirement that is not in grinding, soul-sucking poverty?"

A strong progressive tax on capital that will be redistributed as reparations to enslaved descendants and indigenous people.

You, sign-in-the-yard guy, "Do you advocate or repudiate the BLM DEMAND that the government steal the saving of people who never held a slave and it being given to people who never were slaves because of...slavery?"

But wait...here is another manifesto. These people are more prolific than the unabomber.

We are unapologetically Black in our positioning. In affirming that Black Lives Matter, we need not qualify our position. To love and desire freedom and justice for ourselves is a prerequisite for wanting the same for others.

S-I-Y-G, "Do you advocate or repudiate that 'To love and desire freedom and justice for ourselves is a prerequisite for wanting the same for others." applies to white people too?

We disrupt the Western-prescribed nuclear family structure requirement by supporting each other as extended families and “villages” that collectively care for one another, especially our children, to the degree that mothers, parents, and children are comfortable.

S-I-Y-G, "Do you advocate or repudiate the BLM DEMAND that responsibility for the care of children (and presumably elders) be diffused thereby ensuring millions of the most vulnerable will fail and nobody will notice or care?"

"DEMANDS" are binary. DEMANDS are not negotiable and are linked with implied "AND"s. You either support all of them or repudiate the manifesto and the organization.

A tip-of-the-hat to Francis Porretto at Bastion of Liberty blog. He posted this video which got me thinking along these lines.

Posted by Eaton Rapids Joe at 7:48 AM