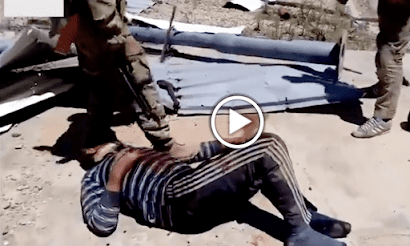 One of administrative tasks Chernovsky had to slog through was to review the thumbdrive that Pep brought back from the dead-drop near Ann Arbor.

Nobody expected Miguel to send anything back. It was lucky, really, that Pep had even seen the zip-lock baggie with the note and the drive.

Chernovsky had popped the drive open and had seen that it had only one item on it, a video.

Chernovsky HATED videos. He could read five times faster and skim content twenty times faster than a video could play. Chernovsky had closed the drive and put it on the B-pile to be reviewed when he had time.

Chernovsky looked up. The Amish man was droning on. Between each sentence, the man collected his thoughts and weighed his choice of words before embarking upon the next interminable sentence.

Chernovsky sighed, plugged in a single ear-bud and inserted the thumb-drive Miguel seemed to think was important. If he didn't wade through it now he would never have the time later.

The lead-in to the video reminded Chernovsky of some very forgettable Christmas parties he had been to. There was a voice in the background “This is an informal ice-breaker.”

Clearly, the video had been shot on a smartphone and had escaped into the wild where Miguel scooped it up.

That fit. Chernovsky recognized the artificial laughs and the forced conversation while the introductory “warm up” task was arranged.

Looking at the banner above one of the tables, Chernovsky deduced that this was a training session for Ann Arbor Class #73 for Political Officers. Whatever.

One of the participants in the meeting was dressed differently than the others. He was wearing warm-up pants and a striped shirt. In fact, he was getting knocked around by the bigger guys. He held his own for a while, but even high level athletes run out of gas when wrestling for more than two minutes straight.

Eventually, three of the beefier participants got the odd-ball pinned down, sort-of.

What followed looked like some strange kind of pin-the-tail on the donkey game.

Except one of the women held an eight pound sledge. She lined up on his left hand and let fly.

The man saw it coming and pulled away just in time.

Chernovsky’s indrawn breath was loud enough to temporarily knock the Amish speaker’s train-of-thought off the rails.

The man pinned to the ground was kicked in the head.

The woman lined up on his hand again and gave it another shot. Once again, the victim was able to jerk his hand out of the way even though one of the goons was standing on his bicep.

Another kick to the head.

It was abundantly clear that the splitting maul was not foam rubber and the victim was not an actor. The foot flopped around and Chernovsky could see shards of bone sticking out.

The man rolled around on the ground trying to clutch his shattered ankle. He shrieked in pain. Bystanders kicked him until he settled down. It took forty seconds.

The future Political Officers gibbered and gabbled like a flock of turkeys at feeding time. It reminded Chernovsky of the table at a wedding when Uncle Vasily had too much to drink and tried to join the Chicken-Dance. Chernovsky heard the same raucous laughter. Fun-and-games.

Chernovsky turned off the sound. He had heard enough. He put it in fast forward.

Joint-by-joint, they parted out the victim as if he were a lobster. Wrists. Ankles. Knees. Elbows. Each time they connected they waited a half minute or so for the three big guys to get the man back under control while the participants traded "High Fives" and congratulatory fist-bumps.

The expressions on the faces of the people wielding the hammers and the spectators looked as if they were having the time of their lives, as if it were a party.

After breaking up his rib-cage with the sledge hammer, but before the victim had drawn his last breath, one of the bigger goons...that is how Chernovsky had started thinking of them...used a large sledgehammer to pulp the victims skull. Is split down the front and the exposed tissue was the thick red of fresh liver. The reactions of the future Political Officers was as festive as if the goon had knocked a pinata out of the tree.

Chernovsky tasted bile in the back of his mouth.

Chernovsky had lost track of who was talking. Looking up, he saw the people around the table were looking at him. He must have vocalized something while they were discussing the wisdom of allying themselves with Ann Arbor.

“I have something I think we should all see before we decide what we are going to surrender to Ann Arbor” Chernovsky said.

Several of the members puked before the video was half over.

Salazar intoned, “That exercise serves two purposes. It deselects the ones who are not psychopaths and it creates an us-them environment. I suppose it might have a third purpose, it desensitizes any Political Officer who is not yet a total psychopath.”

Most of the table was not clear on what a “Political Officer” did.

Salazar and Wilder (who had a degree in History) were able to bring the rest of them up to speed. Marxism is a theocracy. Political Officers ruthlessly rooted out heretics and had them punished, often by death.

The fact that the training casually executed a victim as an “ice-breaker” activity was telling.

Paul Seraph grabbed the proposed "Surrender" document. Scanning it, he found what he was looking for in the middle of page three.

"It says here" Paul said "...Political Officers well be embedded with the signatories to ensure conformance to the terms outlined in this document. Political Officers are to have absolute authority to go anywhere within Signatory's territory and to address violations.."

Paul said "Not just 'NO' but 'FUCK NO!'" with Paul's voice hammering the hard-consonants as he threw the document into the center of the table.

"Does that mean the Political Officer can enter my children's bedrooms?" the Amish man asked.

Rick Salazar nodded. "That is exactly what that means.

The Amish did a one-eighty. Amish are no strangers to religious oppression. They wanted nothing to do with any organization that recruited and trained “Political Officers”.

The group came to a consensus. They would run-out the week they had been given to consider the alliance with Ann Arbor and then they would tell them, politely, to go pound sand.

In Ann Arbor, Ebola made the leap to a second swarm of mosquito species, Culex pipiens f. molestus and the virus mutated to have a longer period of latency where it was communicable via mosquitoes but did not present definitive symptoms beyond a slight fever which caused the victim to throw off covers and to want to sleep outside.