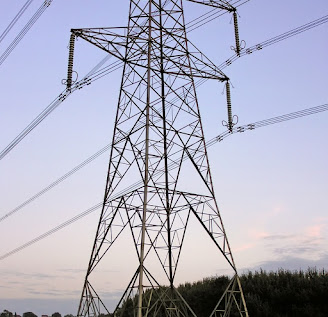 Bob landed the plane and taxied it to the hanger.

He got out and walked away. He was done flying.

He showered and went home.

Two trucks were servicing the plane when Mészáros arrived. One was fueling it. The other had hermetically sealed lines and was pumping the second part of the binary VX into the tank. The hermetic seals were not unusual. The ag-Cat had been designed back in the day when materials like Guthion were routinely applied to farm fields.

Firing up the bird, Mészáros waited until the gauges were in the green. Then he informed the tower he was taking off.

Compared to his plane, the ag-Cat was under-powered but it did have a much tighter turning radius. Mészáros was trying to figure out how to turn that to his advantage.

The column of trucks returning from Livingston County ran into lines of refugees streaming north out of Ann Arbor.

Several tried to hail the lead truck. The political officer told the driver to drive over the refugees who tried to step in front of the trucks to stop them.

By the time the lead truck had flattened the fifth refugee, the front was splattered with body fluids. The refugees quickly got out of its way as it got close and they were able to see the remnants of the refugees who had been more optimistic than they.

Shomsky was busy taking calls and making notes on a large dry-erase board the entire trip. As they neared Ann Arbor, Shomsky detailed portions of the convoy in different directions.

By Shomsky’s reckoning, only a third of the convoy was needed to stop the Hard-Timers. She over-heard Sayed say that defense always held a 3:1 advantage over attackers.

What she did not comprehend was that Sayed was referring to defenders who had been able to dig-in, prepare fighting positions and pre-position munitions. The scrum between the Hard-Timers and the forces called back from Livingston County was going to be more like two offensive forces meeting on a field of battle quite by happenstance.

The trucks that peeled off from the main convoy always contained at least one stake-rack truck with guards, several flat-beds and a passenger van. The traveled by discrete routes to various cottages and villas that had been taken over by members of the People’s Collective Voice. The guards were put to work loading the flat-beds. Much of the material that was being loaded was stacked in the basement and caused much cursing among the guards.

The panic of the refugees was contagious.

Most of the people fleeing Ann Arbor did not have a firm destination in mind. They just knew that the threat was coming from the west.

Most of them left town heading north. To them, north was untrammeled wilderness and safety. Everybody knew somebody up-north. Everybody had spent vacation time in a cabin or cottage up north. They believed north was safe.

Mészáros, just like Krissman, did a high altitude fly-over to assess the location and speed of his targets.

The northern-most column was the most advanced. The middle column which was coming up I-94 was not far behind.

The southern-most column was clearly lagging the other two.

The columns were far enough west that he had time to “dash the tops of the Ts”. Krissman had flown along the length of Zeeb Road, slightly west of Ann Arbor. Krissman had laid down short “dashes” of the VX precursor where each east-west road intersected Zeeb Road. Those were Ann Arbor's go-to-hell plan. Mészáros saw no reason to wait until the last moment. He added Part II. The fact that residents used those roads every day did not enter into his mental calculus.

Mészáros then swung out over southern tip of the Buffer-Zone and leveled out just high enough to clear the high-tension power-lines between him and his target.

He came in as fast and as low as the dumpy ag-Cat would fly and fogged the northern-most column.

Troops got shots off at him but their window of time to recognize the threat, aim and fire was so short they all shot behind him.

It took the fog about five seconds to settle on their skin and start diffusing into their bodies. It took another ten seconds to combine with the precursor that was already coursing through their bodies. The nerve agent caused them to twitch like cartoon bugs in an insecticide commercial on TV. It took the people inside the trucks slightly longer to acquire a fatal dose...on the order of a minute.

There was nowhere they could go to escape the fog. It had already sucked into the cabs of the trucks before they noticed what was happening. The lead truck managed to croak out a barely intelligible warning on the radio before he succumbed.

Mészáros attack on the second column was nearly identical to the first. They knew something was up. They had their rifles up, but like the first column, they could not pivot, acquire the target and fire in time to have much of an effect.

At the end of his dusting run, Mészáros could not resist the urge to do a little end-zone dance.

“Boo-ya, Boys!” he crowed as he pulled up in a barrel roll. "You are playing in the Big House now!"

At the top of his barrel-roll, Mészáros craned his head to peer back, behind his run to survey the damage he had wrought.

He never saw the power-line tower as he completed his roll and dropped back into level flight.