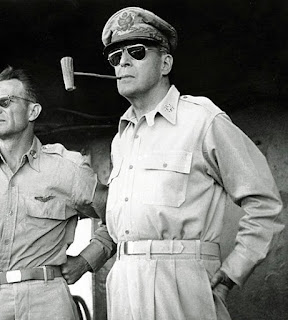 One of the defining moments for the Truman Administration was when he fired General Douglas MacArthur for insubordination.

MacArthur was a genuine, American hero and arguably more popular than Truman.

Truman was a no-bullshit guy. He really believed and lived "The buck stops here".

Truman fired MacArthur (or demanded MacArthur's resignation) after learning that MacArthur went behind Truman's back and was playing his own game.

If Biden does not promptly remove Garland from office then it "proves" that the rogue elements in the Executive Branch really are running the show and that Biden is not even a figure-head.

Either that, or Biden is a congenital liar and was fully aware of and approved of Garland's action against President Trump.

Relieving Garland of his position for "going rogue" and using the Justice Department and the FBI to extract personal vengeance for having a position on the Supreme Court "stolen" from him is the only way the Biden Administration can hope to salvage their legacy.