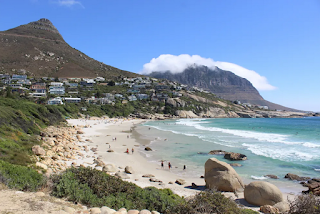 The discussion about food-hedges spun off discussion on using hedges to increase the security of one's home with regard to two-legged pests.

I am a firm believer in stealing good ideas regardless of the source. One way to be efficient at stealing ideas is to study areas where the pressures I am attempting to armor against are either many times greater than what I face or have been part of the culture for so long that cultural adaptations evolved.

With regard to security, one could do far worse than to look to see what the richest South Africans have done.

The following images are from Llandudno Bay, South Africa. I am not a security professional so I may grossly misunderstand what is shown in the photos. If you are in a position to know if I screwed up then point it out in comments. I used to have an ego but it cost too much to keep it fed.

Llandudno Bay is one of the most affluent neighborhoods on the continent of Africa. 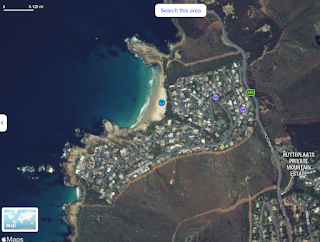 The only road access into Llandudno Bay is from Victoria Road, also known as M6. Victoria Road clings to the side of a cliff for most of the distance between Cape Town and Llandudno Bay and there are few places to turn off the road. Stated another way, anybody attempting to flee the 15 miles from Llandudno Bay back to Cape Town would be easily intercepted, like an ant crawling up a clear plastic straw. 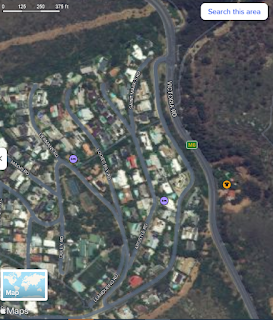 This is a close-up of the entry into the subdivision. It goes a long way before it branches off. 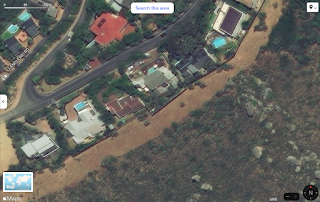 This photo is of the perimeter of the subdivision. Tall perimeter walls are clearly evident and so is a 50' cleared space outside the wall. That cleared area may be multi-function. It may be for fire safety and to prevent goblins from being able to sneak a ladder in, close to the wall. The cleared area may also reduce animals setting off seismic sensors and motion detectors.

The electrical feed appears to be underground.

The houses are very close together by US standards.

The beach gets heavy surf and may be inhospitable to small craft landings.

The factor most applicable to security hedges is to have a bare or mowed area outside the hedge to reduce concealment for bad actors. Keeping the vegetation outside the hedge short also limits shading of the lower portions. Shading allows the bottom branches to die and thins out the lower part of the hedge.

Fire hazard can be reduced if your climate allows succulents, like Prickly Pear and Walking Stick Cholla, to survive as a major component of the hedge.