Is "Systemic Racism" a form of Phlogiston? 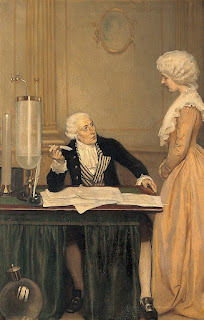 For those who are not familiar with the term "phlogiston", it is a discarded, scientific theory that was casually held by the ancient Greeks and formally proposed in scientific literature in 1667. "Phlogiston" was THE dominant theory in spite of some grave contradictions between theory-and-observed results until 1770.

Scientific careers, especially in France, were destroyed if the scientist did not agree with Phlogiston theory.

From Wikipedia, my edits in red font

"The French Americans viewed phlogiston systemic racism as a very subtle principle that vanishes in all analysis, yet it is in all bodies."

Theories (like Marxism, mass-hysteria, space aliens) that "explain everything" fail because they are not capable of explaining variation within classes of "everything".

Racism exists. But racism cannot explain disparity in outcomes between individuals of various races because there is much variation within each race.

As many have noted, "If racism in America is so heinous and intolerable, why don't people move to Nigeria which has almost no white people and has lots of oil?"