Foraging for your food after SHTF

Larry Dean Olsen, one of the most respected people in the field of "primitive survival" has been quoted as saying that modern humans cannot survive on a wild, vegan diet.

Seeds are the most calorie-dense foods in-the-wild. Let us ignore "nuts" for the moment because they are much sought after by wild-life and are available for harvest for short periods of time. Whole wheat flour is approximately 10% fiber. Consider the trials and travails of Jim Dakin who shares his adventures of trying to make whole-wheat breads his staff-of-life. It caused him huge amounts of digestive distress. Funny as told by Dakin. Not so funny if you have to remain functional when the SHTF.

The hunter-gatherer with his distended belly might be able to eat, digest and defecate that amount of bulk...but the modern human who has eaten calorically dense foods since birth has little chance of stretching their digestive system in any meaningful way after SHTF. 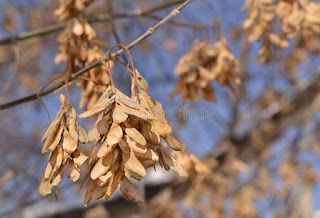 Now, consider that you might be at a party and you are cornered by somebody who excels at extracting information from the internet.

He (almost always an XY) informs you that he is ready to take to the field and forest and survive on Box Elder and Curly Dock seeds and cattail shoots/roots.

My hat is off to the fellow. He picked "food" that is likely to be available. Dock is related to buckwheat...so that makes a certain amount of sense. Box Elder is easy to identify and it hangs on to its seeds all winter long...so that makes sense.

Let me belabor that point. The internet expert is telling us that he plans to eat 15 times more fiber every day than what incapacitated (temporarily) the highly regarded Jim Dakin.

If that isn't enough to nudge you toward domestic crops supplemented with animal products after SHTF, consider the report out of Scotland that tells us that wild fox consume dog feces as a major portion of their diet because "Researchers found that dog feces have a calorific content on par with the foxes' wild prey but are far easier to "hunt" and are consumed especially when wild prey is naturally scarce."  Source

That is right. Post-SHTF dog shit will look appetizing if you depend on "foraging" for your food.