Guilty pleasures and a surprise 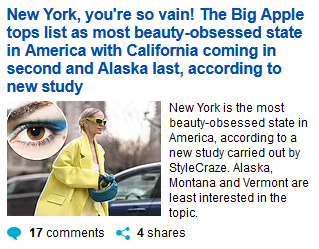 One of the Youtube channels I have been enjoying is called Simple Living Alaska. The videos are very well produced and the couple seems genuine and lacking pretense.

The couple does not pretend to be perfect. They freely admit they make mistakes. They lose stringers of fish. They don't catch a fish every time they throw the bait in the water. Their onions don't ripen and so on.

Three starter videos to see if you like them are Hooligan, Vegetables, Pike

I know that Howard, one of my occasional readers lives in the area. I am interested in his take on the couple. BS or real?

One of the things I do is to hunt deer.

Once upon a time, my brothers and I would engage in deer "drives". Several of us would post-up in good ambush sites and the rest of us would walk through cover to "push" the deer toward the shooters.

I recall times when I pushed deer out of tiny, postage-stamps strips of cover, smaller than my living room. I suspect they knew they had enough cover AND were able to see out, 360 degrees, from their resting spots.

So it is ingrained in me that a person dressed in subdued colors who can maintain his cool really does not need very much concealment to remain invisible. People see what they expect to see. In most cases they expect to see nothing.

I was intrigued to find Steve Wallis's Youtube channel where he goes stealth camping in the most unlikely of places, like in the center of traffic round-abouts and behind warehouses and police stations.

I have to confess that part of the appeal is that Steve seems like the arch-type Canadian, just like Glen Filthy. Humble. Respects authority (mostly). Enjoys a beer every now and then. Maybe he is a little bit goofy but then many Canadians think US citizens are twitchy...so it all evens out in the end.

I also like that Steve is not a gear-hound. He does not spend $300 on a tent when a tarp or a hunting blind can be repurposed. His kind of camping is very accessible.

So I was taken aback when his latest video showed up in my feed "Rest in Peace, my Beautiful Wife".

Steve appears to be about 40 years-old. As he tells it, "Two of us went to sleep Saturday night and only one of us woke up on Sunday morning."

Steve, I feel for you man. Hang in there. There but for the grace of God could be any one of us. We are pulling for you.