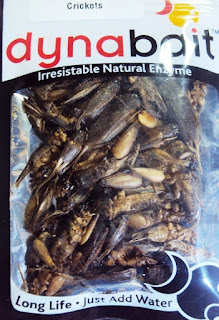 I must confess that I am extremely cynical about insect based protein ever becoming a major source of dietary protein in the developed world. Let me share the reasons why.

In the world described by Newtonian physics, that is regions outside of nuclear reactors, outside of the interior of the sun or black-holes, matter is neither created or destroyed.

At a micro-level, protein is an energy-intense, organically-bound form of nitrogen. Air is 78% percent nitrogen gas but the two atoms of nitrogen in a molecule of nitrogen gas are so tightly bound together as to approach an inert gas. If the chemists out there will forgive me for an analogy, changing atmospheric nitrogen to a form that is biologically available is the equivalent of dropping an empty bucket down a very, very deep well and then pulling the filled bucket back up to the surface. It takes a lot of energy.

Insects do not create protein. They convert protein.

Insects cannot snatch nitrogen out of the air and create protein. Nor can they take ammonia or nitrates and convert them to protein.

So one of the critical questions is "What is the protein conversion rate" of an insect farm?

The short answer is "Not significantly better than confinement raised chickens or aquaculture."

Yes, insects can be fed waste products like manure or rotten melons but those products are low in protein or low in energy or both. To produce enough end-product to be economically viable insect farms require feed that is approximately the equivalent of what is fed to hogs or chickens. Thus, the primary argument for raising insects for protein is nuked...the insects must consume human-quality food to be economically viable and are thus competing with humans for food.

Another problem with insects is rather technical. Early scientific research on the concept used the approximation that the protein content is 16-times the weight of the nitrogen in the insects. That is, to calculate the protein content the researchers dehydrated the insects, put them in a container and pull a vacuum. Then they heated them up until the bugs were char. They ran the gasses through an analyzer to determine percent (weight) of the nitrogen given off.

While it is true that protein is 6.25% nitrogen by weight and 1/6.25% equals 16, an insect's exoskeleton is made of chitin, a nitrogen-rich polysaccharide. Chitin is NOT protein. More recent studies suggest that 25% of the nitrogen in the species of insects most commonly proposed for food is from their exoskeleton. That means that the slaughter-ready bug produces far less protein than the initial studies claimed. 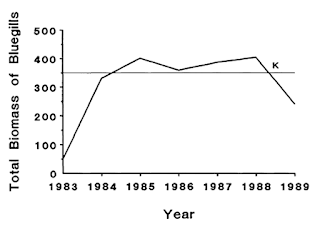 As a final reality check, if there is no industry processing 2"-to-3" long bluegills which can produce 300 pounds of biomass (meat) per acre every year with almost no inputs then why would anybody think that it is economically viable to process much smaller bugs that must be fed human-quality feed-stocks for "meat"?

My take on insect-based-meat is that it is a tempest-in-a-teapot. The more important question is "What issues are this fabricated distraction masking?"

Posted by Eaton Rapids Joe at 7:40 AM