One of the enduring mental images from my childhood are from events I never personally observed.

The images involve my Uncle Steve. 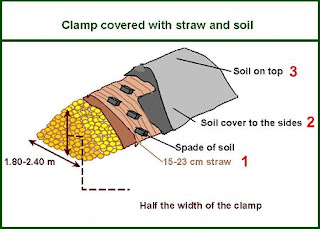 Uncle Steve was a genuine G.I. Joe in WWII. He was captured by the Germans after his unit was "rolled over" by enemy forces. He survived the night of combat by strategically using a vegetable clamp in the middle of a harvested field as cover from enemy fire. The NAZI forces swept the field with fire from an MG-42 and Uncle Steve said he could feel the clamp "quiver" from the force of the 7.92mm rounds.

In the morning, the German forces walked over the field and Uncle Steve became a Prisoner-of-War.

But that is not the image in my head.

The image is of staid Uncle Steve, an engineer (God bless the G.I. Bill) who worked for IBM flying down the Ohio Turnpike with his terrified family screaming, packed like sardines in their new Oldsmobile station-wagon.

Uncle Steve liked to save a penny when he could. He found he could purchase a "company used" Oldsmobile in Lansing, Michigan (his home town) and avoid paying dealer prep and destination charges. So, on his annual trips to mid-Michigan, he would purchase a new Oldsmobile when the family ride needed to be replaced.

Is there a man alive who has not taken his new vehicle to a deserted stretch of road and put the hammer down to see what it will do?

To the delight and dismay (depending on which family member is telling the story) Uncle Steve had a preferred stretch of the Ohio Turnpike for the shake-down. He put the pedal-to-the-metal and kept it there until the speedometer needle stopped climbing. Cousin Vinny estimates they usually peaked at 6957 screams/hour.

For those readers who are not familiar with the Ohio Turnpike and Ohio State Troopers, exceeding the speed-limit in Ohio in a vehicle sporting Michigan plates is a capital offense. 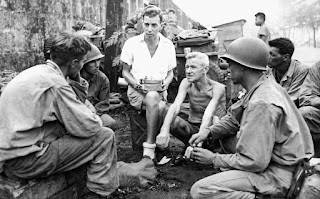 I think the thrill of the danger added to Uncle Steve's joy in the shake-down, just as the intense hunger he experienced when his camp was liberated added to his lifelong joy in eating raw asparagus...the asparagus growing in the village just outside the camp were the first fresh vegetables he had eaten in more than half a year.

The reason for my reminiscing is that I am contemplating a shake-down walk-about. A nine-mile jaunt seems like a stretch but I will spot refreshments every couple of miles and we will see how it goes.

The weather and my schedule for Wednesday appear to be ideal for the venture.