Yesterday Southern Belle asked if any of the push mowers worked. As a matter-of-fact, I have three working push mowers.

After two hours of mowing, my oldest brother showed up with his zero-turn and between the two of them they finished mowing the yard.

Notable because three (3) yellow-jacket nests were found and nobody was stung. While a John Deere might not be able to outrun a bumblebee, a zero-turn can outrun a yellow-jacket. 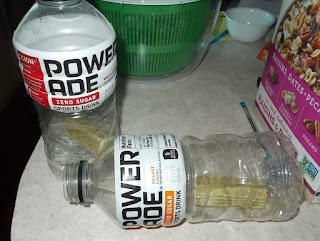 My rodent control efforts in the last two years has been sub-standard. Consequently I lost fruit trees from rodents girdling them.

This year I started with my rodenticide early. I put rat-poison in sport-drink containers. Sport-drink bottles have large mouths so the block of poison slides in with little effort. The bottle protects the block from moisture and curious dogs and non-target wildlife. Mice and voles have no problem climbing into the bottles and consuming the poison.

Southern Belle suggested that it might be a good idea to burn the brush-pile since we are at that magical balance of wet-and-dry. We did.

Later this morning Fast Eddie and I will be picking peaches from a neighbor's tree. Yesterday I offered the neighbor $20 and a quart of home-canned peaches for the privilege. He said I didn't need to pay money.

I informed him that if I paid money for the privilege then I would certainly be there in the morning. If I did not pay money than there was a better than 50:50 chance that the peaches would fall and rot, unused. So my paying him $20 was an insurance policy to ensure I would follow through.

My gut tells me that there is at least 80 pounds of peaches on that tree. Eddie's daughter will get all of them and she will share them with other ladies who can fruit. While I have no expectation of reciprocity, this IS a small town and I can only hope that some of those ladies will be selected for the jury should I ever find myself being judged by my peers. 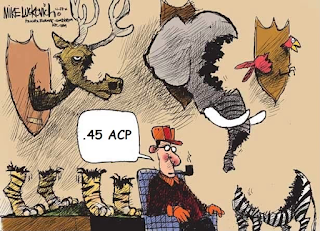