"Fish-bone" diagrams used to be a staple of 1980's problem solving. Fish-bones, or more formally "Ishikawa diagrams" were used to brainstorm backwards to identify "control variables".

Consider the trivial problem of adjusting the temperature of your shower in a motel. You are not familiar with the characteristics of the shower controls so you have to play with it.

You have to noodle out the sensitivities of the knobs. You also have to gather data regarding the time required for the hot water from the heater to make it to the faucet. Then you have to play around with the knob(s) to determine how long it takes for the "adjustment" to be felt at the shower-head. Finally, there is likely to be temperature drift as the pipes heat up.

Where do the puppeteers live? 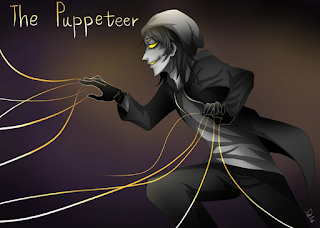 Lori Lightfoot, Eric Adams, Occasional-Cortex and Joe Biden are not the puppeteers.

Inconveniencing Lightfoot, Adams et al will not "control" the outcomes although vexing them can be entertaining and might dilute the impact of the cold water.

The puppeteers, for the most part, crave the safety of anonymity. They stay behind the curtain and pull the strings.

What is certain is that their brown-nosing tools LOVE to be close to the richest puppeteers and only the most loyal and productive tools are allowed to be close. The bee-keeper finds the hidden beehive by following the foraging bees back to it.

The tools are Nancy and Hillary and Obama and others of their ilk. They are not the pressure points. They are the worker-bees who lead us to the queen, the strings that lead back to the puppet-masters.

Not-so-posh because many of those string-pullers are lifer, impossible-to-fire bureaucrats rooted in the Deep State.

Posted by Eaton Rapids Joe at 4:09 AM