Industrial Fiction: It is not good to be thin-skinned

Snodgrass was hoping for a break on Saturday but it was not to be.

Paula did not look like somebody who had already put in 5, 12 hour days. The usual group assembled at the stand-up: Paula, Snodgrass, Ganzer and Matthias.

“You are going to a new operation today. Keep up your good work” Paula said, and then she moved off to her next meeting.

Matthias started east down the main aisle of the factory with Snodgrass and Ganzer following.

Knowing he wouldn’t see Matthias until the end of the shift, Snodgrass said, “Can I ask a few questions before we get to my next assignment.

Matthias indicated he heard the request by adjusting his direction of travel so it was angling toward the next stand-up. Once again Snodgrass marveled at the instant cone-of-privacy. No sooner had they arranged themselves around the table than the other pedestrians adjusted their course to avoid coming too close to the table.

That still surprised Snodgrass. He had learned that Matthias was a very powerful person in the Union and everybody wanted his ear. And here they were walking past him like he was invisible.

“So what are your questions, young man?” Matthias asked.

“I thought the Plant had representatives who attended the design meetings and represented the Plants interests. How did we end up with so many rotten designs if that is true?” Snodgrass asked.

Matthias gave Snodgrass an appraising look. “Suppose you ran one of these shops and you had to choose between two people to send to Headquarters for two years. One of them works his ass off, never gets into trouble and is good at solving problems. The other is a thorn in your flesh and does nothing but cause problems. Who would you send to HQ knowing that they will probably be offered a job there and they will never come back to the factory?”

Snodgrass gaped. “You mean we send the worst people in the plant to represent us?”

“Got it in one” Matthias said. He made note of the fact that Snodgrass said “...we send…”

“Another question I have is why are you taking me to my jobs? You are a big deal in this plant. Surely there is somebody whose time isn’t as important who could take me” Snodgrass said.

“You aren’t big on politics, are you?” Matthias observed. His voice was not unkind. It was a factual statement.

“Our last contract was a very big contract. We made a lot of concessions. I was on the bargaining committee. In exchange for those concessions, the Firm agreed to have engineers and designers flow through the plant and learn the jobs that install the parts that were designed by their teams” Matthias said.

“After the contract was ratified, the Firm conveniently forgot their part of the deal. We have not had a single member of management show up to learn the jobs until Paula got you” Matthias said. "I was left holding the bag."

“Not a single one?” Snodgrass asked. Suddenly being the fastest person from “management” to learn the flubber job didn’t mean as much as he thought it did.

“Nobody. They completely blew us off” Matthias confirmed.

“That still doesn’t answer the question “Why are you taking me to my jobs?”

“I was on the bargaining committee. A lot of people in the plant blame me for giving away the farm. They are very angry. The way it stands now I will get hammered in the next election. The people who are going to win are bare-knuckle, hard-core union militants” Matthais stated.

“Paula would rather see me stay in this position because she can work with me. My opponents in the next election will be very confrontational and Paula does not think they will be best for the Plant in the long run.”

"Paula cannot campaign or help me in any way. Campaigning is strictly an internal, union thing."

“But Paula can let me parade you through the plant and hand-deliver you to the line. It is her way of trying to make me look effective, even though the rest of management from the manufacturing director all the way up the CEO stuck a knife in my back.”

Snodgrass took a minute to look at the pedestrians passing by. He noticed that every person registered who Matthias was and probably were able to guess who he was.

“So stopping to talk next to the main aisle really didn’t hurt you, did it?” Snodgrass asked.

“It would have if you were a typical HQ guy who just wants to get his ticket punched. Word gets around. The word is that you are really trying to walk-the-walk. Keep it up” Matthias said.

Then seeing somebody he needed a word with, Matthias took his elbows off the top of the table and pivoted 30 degrees. Visually, people walking down the aisle-way could see that the meeting was over and the person Matthias wanted to talk with made a modest adjustment to his direction of travel and angled over to the table. The two men traded a couple of sentences each and then Matthias, Ganzer and Snodgrass started toward his new job.

The training in the new station was different than it was for the first two. The team-leader informed him that he would stay in station while the other team members rotated through to train him.

The work involved pulling "skins", trim-panels out of a roller cart where the parts to be installed were sequenced to the units going down the line. 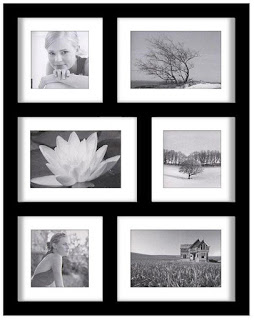 Even though all of the actual product differentiation was done at the software level, marketing had deduced that affluent customers wanted others to know they had spent more money on the higher priced models. Consequently, the exterior panels of the high-end models had unique cut-outs like a picture-frame and were made from a special material.

One of the serendipitous events of the product development is when a young engineer watch a mother caressing the head of her young child. Struck by the image, she went back to the lab and figured out a way make an exterior panel FEEL like an infant’s scalp. It was an outlandish combination of hard shell covered with a thin layer of soft, thermally-insulating gel-elastomer. The insulating property fooled the person touching it into thinking the coating generated warmth internally. 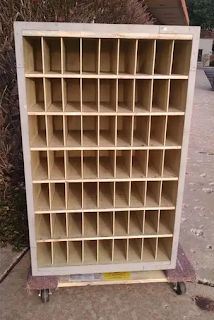 Installing the exterior panels was not physically challenging. The difficulty was in pulling the panels out of the cubbies on the roller cart without snagging the next panel on the clips on the back of the next skin.

The new product was the absolute worst. The magic gel-coat needed time to age and toughen. The bean-counters assumed that could be after the panels were installed on the units.

Every snag was caught by the Quality Assurance inspectors at the end of this string of operations. Every five defects an alarm sounded and the team-leader had to jump on the line so the operator who produced the defect could go sign the I-am-a-bad-boy book and get sternly lectured by the supervisor.

The supervisor, in turn, got his ass chewed by his boss when the defect count for any one type of defect hit multiples of fifteen. That did nothing to improve moral. The boss threatened disciplinary action against anybody who produced more than “their fair share” of defects. Since the trainer was responsible for the defects Snodgrass produced, he would be disciplined if he was in the station all shift.

That is why the trainers rotated. They could not afford to be written up or be put on disciplinary leave.

It was a very angry, tense section of line and Snodgrass had been dropped right in the middle of it.

Snodgrass got a full taste of the tension when his second trainer insisted that Snodgrass go sign the I-am-a-bad-boy book. His logic was that since Snodgrass was installing them, it was only right that he sign the book.

As luck would have it, it was the thirtieth defect of the shift and the supervisor landed on him with both boots. The supervisors face was red, muscles were knotted and his veins bulged. The supervisor screamed at Snodgrass from close range, spittle hitting Snodgrass's face.

Snodgrass hadn't been on the receiving end of such verbal violence since an unhinged Pee-Wee football coach had come unglued during a game. The ref had kicked the coach out of the game and the league had black-balled the coach before the next practice.

The Quality Inspector was sympathetic the next time Snodgrass had to sign for another alarm.

"Is he always like that?" Snodgrass asked, still shellshocked.

"Only since we started building this new product" the Quality Inspector said. "Just remember, contractually he cannot touch you. If he so much as touches your chest with one finger the Union will file assault charges on your behalf. I suggest you keep your hearing protection in when you know he is going to be here and just let him rant."