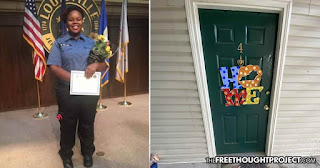 The Availability Heuristic
The availability heuristic merits special mention in Rules of Evidence.

Our minds are imperfect processors of data. A big part of that imperfection is how we structure our data storage and retrieval.

We string data together. Each bit of data has a pointer to several other bits of data. When we try to retrieve a particular piece of data, we shave the top of our stack and select the parcel that is closest to what we are looking for.

Some bits of data are boring. Some are commonplace. Some are "siloed" off from us.

Consider late-middle aged people with diabetes. A twenty-something rarely considers them as a population. Diabetes is a chronic, boring disease. There is nothing glamorous about diabetes. Having to diet for the rest of your life is a drag, it is work.

Diabetes is commonplace. Getting bit by a venomous, South American spider and dying is newsworthy and memorable because it is so unusual. Sidney dying of complications from diabetes in his mid-50s is neither.

It works in the other direction, too. Causes of death, and death-rates for very young children are also not very "available" to twenty-somethings, the spear-carriers for Antifa and BLM.

Frankly, it is not just the twenty-somethings. For example, can you empathize or place yourself into the perspective of the 999,999,999 spermatozoa that did not win the race? No? I can't either.

Perspective
It becomes difficult to put risk into perspective when the person assessing risk is oblivious to the availability heuristic.

Suppose you were a twenty-something African-American who listens to the main-stream media.

Based on the stories you are marinaded in and the limitations on empathy, what would you judge the relative risks of an African-American female dying in a police no-knock raid versus dying in the first year of life? 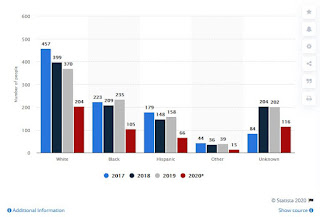 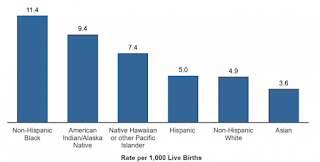 Approximately  2900 female, African-American babies die in the first year of their life.

So, where is the outrage?
Really, there should be no surprise that there is no outrage.

Infant mortality is just accepted the way gravity is accepted. It just is. The demographics that are rioting cannot empathize because, frankly, it no longer applies to them. Their ship has already sailed out of the reach of those cannons. It is analogous to fretting about the 999,999,999 sperm who lost the race.

That is why there is a thousand times as much energy around a Black, twenty-something, women EMT getting killed in her bed in a police raid than there is over Black infant-mortality.

But the stone-cold-fact is that if infant mortality for African-Americans was reduced to the levels of non-Hispanic whites, then 1500 female, African-American lives would be saved every year as-opposed-to 11 women a year if police violence was COMPLETELY eliminated.

So this Rule-of-Evidence is that you simply HAVE to do the math to get the proper perspective. Intuition is a massive fail.
Posted by Eaton Rapids Joe at 10:26 PM