Quest: Without Warrant or Guarantee

John Wilder would not allow Dr Sam Wilder test the vaccine on herself.

Rick Salazar agreed with John. “It is not worth it.”

Moe Pockets was more than willing to be the guinea pig. “Stuff some sauerkraut up my nose? Sure, why not. I have done weirder stuff than that...usually after losing a bet or drinking too much.”

John promised Moe a gallon of beer to try it out.

One of the positives about the VTH (Velichko, Tsai and Hallquist) method is that nothing was injected into the bloodstream. The vaccine was either swabbed or misted onto the permeable nasal membranes inside the nose.

Figuring out how to explode the individual bacteria cells had been a challenge. Unfamiliar with the VTH method and not knowing if Dr. Soo Kwan-Bae's creation expressed Ebola's unique protein sequences on the cell walls or in the cellular DNA, Dr. Sam had to figure out how to puree the cells so the nasal membrane was exposed to both.

Fortunately, there was enough power to run refrigeration. The winning combination was to centrifuge the bacteria out of the culture, then to immerse them in distilled water. Osmosis caused the cells to expand to the bursting point. Then the bacteria were flash-frozen to -20F. Ice crystals formed inside the turgid cells and punched holes through the cell walls.

Moe was directed to blow his nose to clear it of any mucus. Then the diluted vaccine was misted up both nostrils. The “blue” culture in one nostril and the “aqua” in the other. Then he was directed to bend over, face toward the ground and to resist the urge to sneeze or otherwise blow the dampness out of his nose.

Every organism has some percentage of "non-coding DNA". Some of it is legacy DNA that no longer activates protein sequencing. Much of it involves lost virus that collected in the cell's nucleus and has been replicated ever since.

Many evolutionary biologists speculate that the fragments of captured virus offer resistance against that very virus. For instance, when the cell dies and ruptures, releasing the replicated virus, it also releases its own cellular DNA. If that DNA is rich in the pieces of virus that the virus uses to initiate cellular entry, for instance, then the actual virus must compete with all of the little pieces.

For example, consider what would happen if a thief went into a town. He has some purloined debit cards and some skeleton keys. But suppose every lock already had a key broken off in the key cylinder and every card reader a dummy card jammed into it; that slows down the flim-flam man and exposes him to capture for a longer period of time.

Dr Soo knew all of this. She packed the Weissella koreensis chock full of non-coding, Ebola derived protein sequences which the W.k. cheerfully accepted as DNA which it replicated in future generations.

The chopped up DNA from the evacuated bacteria quickly plated out on Moe’s nasal membranes and started diffusing into his blood stream.

While the membranes that line the nostrils appears to be solid when viewed at 1X magnification, under much higher magnification they appear to be more like the surface of the ball-pit in the kiddy-play-land at your local fast-food restaurant.

From there, the faux-virus entered the capillaries where B-Cells were loafing. 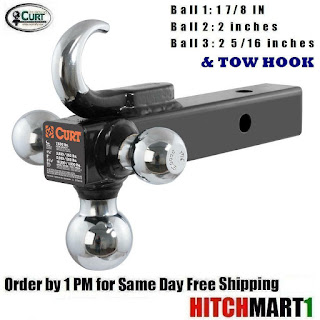 If any of the other balls or hooks fit, the B-Cell tractors it to a lymph node. There, the B-Cell communicates the size ball that worked and directs the lymph node to start manufacturing Roombas with the appropriate size ball and a grenade. Several lymph node cells are activated and they make a few Roombas (antibodies) and then settle back to await further developments.

At that point, a small factory has been set up and proven. The tooling is ready but there is no point in running "the factory" if no more of that particular invaders show up.


The leaders of Capiche made a strategic decision. They decided to offer the vaccine to anybody who wished to receive it. It was to be given with no warrants or guarantees.

They also decided to give the vaccine to half of the fighters who were guarding Capiche and the Buffer-Zone. If they showed no adverse reaction after the second dose, then the other half would also receive the vaccine.

Based on what Sally Straeder had remembered, the vaccines were to be administered on two-to-four week intervals until an immune response was detected. The immune response most likely to be detected was the lymph nodes below the jaw becoming hard and perhaps painful.

The leaders opted for the two-week schedule as long as very few adverse reactions were noted and Dr Wilder had vaccine available.

The first dose would build "the factory" and set up the tooling. The second and later doses were to trick "the factory" into cranking out massive amounts of antibodies that would Roomba-kaboomba the Ebola virus.