A rant about CO2 emissions 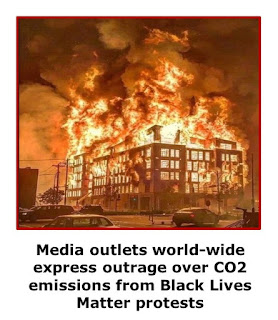 The US Supreme Court affirmed that the Environmental Protection Agency has authority to regulate CO2 emissions. In fact, the majority ruling was that they have a MANDATE to do exactly that.

Consider the shear insanity of the EPA regulating the release of ubiquitous chemicals into the atmosphere.

Literally, the EPA can pass regulations that make it illegal for humans to exhale. As humans, we breath in air which is primarily nitrogen and oxygen. Our lungs absorb some of the oxygen and expel Carbon Dioxide...CO2.

In theory, the ruling gives the EPA power to dictate farming practices. Soil contains large amounts of carbon (organic matter) and tillage practices have a marked effect on the life-cycle of that carbon.

Some practices increase carbon content in the soil but those practices are not always the most productive use of farm land.

The EPA has the power to regulate the amount and types of fuel we use to keep ourselves warm. Maybe not a big deal in Miami but it is a big deal in the mid-West.

The lunacy is boggling. The EPA shut down industries. Those industries moved, many of them to China, where they continue to produce steel and aluminum and a host of other, energy intensive products. And the net CO2 released to the atmosphere INCREASED because now there is the additional fuel cost of transporting those goods half way around the world.

The inescapable conclusion is that regulators are absolute idiots. Or, what they really crave is absolute control over our lives. Or, they are on-the-take from the industries (like natural gas) that benefit from the EPA's thumb-on-the-scale.
Posted by Eaton Rapids Joe at 7:10 AM