"Mom, we need another dog" 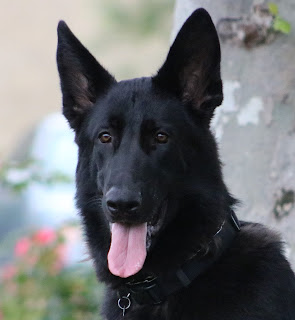 Mrs ERJ and Belladonna have a long-standing joke.

Bella will come out of her bedroom and enter the living room. Often, she will be holding her phone.

She will comment, "We have plenty of room here for another German Shepherd."

The first time this happened, Mrs ERJ raised her eyes from the book she was reading. Slowly scanning the floor, disbelief slowly illuminated her eyes. A dog, especially when warm, has a tendency to sprawl. Hercules was lined up along the south wall where two HVAC vents were manfully attempting to push cold air past his dense coat and into the room.

Along the couch on the north side of the area rug (about 11' square), Zeus was sprawled out, guarding the Throne of the King, the couch where I take naps.

Scattered across the remainder of the rug were assorted dog beds (ignored except to kick into the center of the rug), dog toys and mounds of shedding hair.

Mrs ERJ's eyes flitted up to Belladonna who proudly flipped her phone around to show Mrs ERJ "This one. She needs a new home."

Backstory
Mrs ERJ had a long-standing rule: No more than two dogs and neither can weigh over 20 pounds. Mrs ERJ does not like being bowled over and she prefers that her knees only fold one way, the way God designed them to fold.

You can see how that worked out.

I am partially culpable. I wheedled her up to 35 pounds. Something about needing dogs tall enough that I did not need to dig through the snow so they could do their business outside in the winter time.

Then the progression of kids through the middle-school and high-school years. Each kid got to pick out a dog when they were in seventh grade.

In time the kids left the house and got on with their lives.

Belladonna fell in love with a German Shepherd named Hanna while she was in early grade-school. Her friends had big dogs. Belladonna turned the full wattage of her charm on Mrs ERJ. Mrs ERJ was not immune. She got a German Shepherd.

Then, when it was Kubota's turn he didn't want coyote-bait. He wanted an even bigger GSD.

So that is how we ended up with two German Shepherds and a Boston Terrier who should have been named Speed Bump.

Since then, the Boston Terrier has gone up to the woodchuck hole in the sky. We are down to two dogs, a situation Belladonna seeks to rectify.

So, I was thinking
The next time Belladonna plays her little joke that I should agree with her.

But instead of another German Shepherd, I should say what I really think we need is another 23 year-old daughter. Maybe a poor orphan from Russia or Thailand. I could even have a folder with pictures of potential orphans. 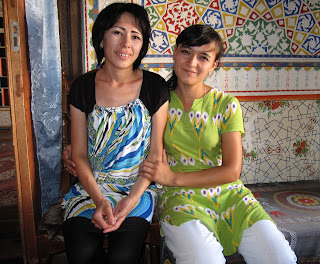 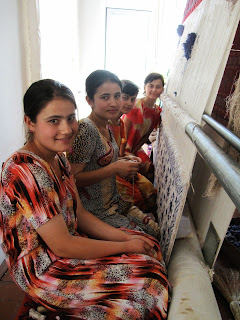 And since I believe in equality, I think we should get another 21 year-old son.

Of course, they will have to share the kid's bedrooms.

I probably out to tip Mrs ERJ off ahead of time. It could go sideways if I don't.
Posted by Eaton Rapids Joe at 6:22 AM