And she probably wants a job counting votes 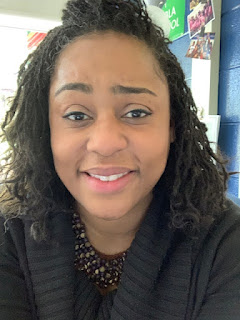 A Black Lives Matter-supporting teacher...assert(ed) that 2+2 only = 4 because of “western imperialism.”

Brittany Marshall, who includes her pronouns in her bio, lists her occupation as “teacher, scholar, social justice change agent” and apparently is studying for a PhD at Rutgers.  -Source


I wonder what her GRE scores were.