Home-field advantage: ...ya gotta be patient 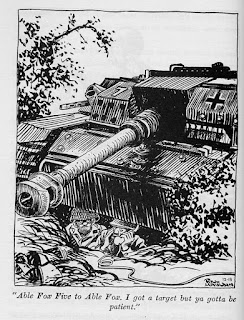 Over a dozen cameras captured the burning wicks of the Molotov Cocktails arcing across the cold, night sky.

The scopes of the precision shooters verified that they were “hot”.

If there was any doubt, that was removed when they hit ground and lit the areas already wet by previous missiles.

Alex strode over to one of the old geezers, picking up a blanket on the way over.

Alex swatted out the flames on the man’s legs. “Do you need to stand down?” Alex asked.

“Nope. I am good” the man replied.

Workers yanked the tarps off of the Christmas trees of floodlights used to illuminate roads when crews worked at night. Then they unfolded them into the upright position.

Looking around, Alex saw most of the lights were up. One team was struggling with the tarps. Good enough now was better than too-late.

“OK, everybody. Make sure your shades are on…..Lights on” Alex said.

The blast of light dwarfed the pulse Brad had used to blind the attackers on Ionia street.

There is much to be said about diesel generators.

After a five second blast, the light was dropped to 15% of the peak, still shining in the eyes of the attackers. Still magnificent illumination for capturing video in high resolution and color.

Then the Marxist handlers started using tasers to get the riotors moving toward the defenders, oblivious to the barbed wire barriers in front of them.

The throwers loaded up with a second round of lit Molotov Coctails.

The crowd started accelerating toward the barrier.

Brad whispered to Bjorn loudly enough for Johnny to hear him. “Guns hot. Time to shine.”

All of the men who had been aimlessly wandering around the area were converging on the munition’s trailer. Obviously, shit was getting real.

Moving now would be suicidal.

They waited a full five minutes before most of the men hauling munitions had loaded up and started moving west.

Bjorn slowly pulled the RPG launcher into firing position from where he had stashed behind him.

Because Brad and Johnny were not behind him, he didn’t need to worry about back-blast incapacitating them.

Bjorn made a tactical decision. He would take out the munitions trailer first and then close on the primary target while the aggressors were dazzled by the burning munitions trailer. Even though the van was the primary, he judges the odds better if he first created a distraction by taking out the secondary target, first.

“Follow me after I send it” Bjorn said as he carressed the trigger of launcher.

Things were not going well for Uncle Bert in the Hall-of-Justice.

The long-distance, universal remote that Nick had checked out of the parts crib wasn’t starting the 09-23.

It had worked fine after Bert had programmed it.

Bert had a clear line-of-sight to the lens on the top of the truck’s cab. Bert had carefully cleaned the lens and there had been no birds flying over it.

Maybe it was the window? Bert vaguely remembered his brother talking about the windows being gold-plated to reflect heat.

Bert walked up the stairs to the roof. The judicious application of a crowbar he had found in a closet popped the chain-and-lock.

Bert wedged the door open and then walked to the edge of the roof.

Pointing the remote, Bert commanded the truck to start.

The Duramax engine caught on the first crank.

Bert let the engine warm up for thirty seconds. He owed the old girl that small courtesy.

Then he commanded maximum pressure for the jet-cutting wand.

The computer revved up the engine and attempted to produce 3000 psi. Lacking the wand, valve and orifice, it was not able to make that happen. The computer added more RPM in a futile attempt to reach the requested pressure.

Bert had run 600 gallons of diesel into the plastic tank that normally held water for the jet cutter.

The hose was whipping wildly and broke off after thirty seconds. After that, the diesel blasted up, into the air at a rate of 120 gallons a minute.

Bert watched impassively as the wind blew the plume of mist over the parked cars.

On top of the high school, Darryl toggled his team. “OK, work together. Shooters, remember to give your guy on the ground at least a half second before you send one.”

The old soldiers on the ground were tasked with shooting into a specific tree trunk in the general vicinity of the shooter’s sector, roughly in synch with the precision shooters. The target zone on the trunk was well above the heads of the rioters.

Darryl’s team was supplemented with a single outsider, Lawton the varmint control shooter. He had been loaned a back-up, night-vision scope and he spent an afternoon getting it dialed-in to his satisfaction.

The old men with the bolt-action, Springfield Model 1903 were recorded from behind. Each man had a smartphone set up behind him at head level looking downrange.

Bars across America erupted as Gary started streaming footage of arsonists being rolled by the precision shooters on the roof. There was something extraordinarily gratifying in seeing an arsonists collapsing into pools of burning gasoline from dropped fire-bombs.