Early Friday morning, well before the State workers started showing up, a Lansing Board of Water and Light truck pulled into the parking lot that was east of the Michigan Hall-of-Justice.

One of the two big, rough guys got out of the passenger side of the truck and located the manhole that had been spray-painted with fluorescent, pink paint earlier that week. The man was wearing the universal uniform of Municipal employees: A sun-faded brown work-coat, a reflective vest and a hard-hat festooned with reflective and union stickers.

The driver left the truck running while the first man went to the back and got a pick-ax. He deftly popped the cover off the manhole. The he put up traffic cones, saw horses, blinking LED lights and caution tape.

Due to Covid-19, there were only forty vehicles in the 400-car parking lot. They were not the least bit inconvenienced by the truck in the southwest quadrant of the North lot.

The two men were about as productive as could be expected of two, unsupervised, municipal employees the Friday before the first full weekend of deer season. Much coffee and many donuts were consumed giving ample evidence for the cause of their rotund forms.

By "last break", nearly all of the cars had left the parking lot, proving once again that state-workers have mastered time-travel. They quit work at four and are home before one.

Both men left the jobsite in a vehicle heading in the direction of the nearest coffee shop.

They did not return. The manhole cover was not replaced and the truck was still in the parking lot but all locked up. You would have to know a great deal about Souper-Sewer-Sucker trucks to notice that the wand on the high-pressure water jet had been removed.

Friday night was a bust. A small well-behaved demonstration played out at the Hall-of-Justice. At times, it looked like there were more TV crews collecting footage of the orderly demonstration than there were demonstrators. The video crews were very courteous and stayed out of each other’s shoots.

Young, ardent, articulate speakers gave impassioned statements about the “peaceful demonstrators” who had been gunned down a week earlier by hate-motivated racists in the neighborhoods west of the Hall.

Nobody noticed the utility truck in the parking lot any more than they noticed the random memorials, shade trees and statues.

Saturday started with an entirely different tempo. Crowd started assembling at noon as cars shuttled demonstrators in from outlying cities.

From the very first groups to disgorge from crowded backseats, the tone of the growing crowd was strident and angry.

By three in the afternoon, it was clear to Alex, Brad and Darryl that the Marxists were going to make their big move that night.

Most of the vehicles that were serving as support vehicles were parked on the north side of the Hall-of-Justice parking lot. That is where the free hot-dogs were being served and the porta-potties were set up.

There were also several pickup trucks pulling rental trailers. The trucks were parked along Allegan Street with their noses pointed west, toward the neighborhood. 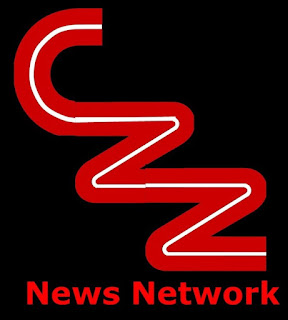 Unlike the day before, one of the mainstream news channels had a helicopter aloft. If you wanted to see real-time footage of the developing “demonstration” all you had to do was to tune into CZZ.

CZZ had been losing viewers to competitors for more than a decade. Their rivals made sport of CZZ claiming that the “ZZ” stood for viewers falling asleep.

CZZ had been slow to adapt to harvesting video taken by amateurs. That left them with a much higher cost structure than their rivals and a “third to the scoop” reputation. Such is the hazard of being one of the oldest, most legacy-bound cable news networks.

All that had changed during the social unrest that occurred during the Covid lock-downs. Suddenly, CZZ had the best footage. They were there first and the footage was always top-notch.

It was almost prophetic. The appearance of one of CZZ’s midnight-black, news helicopters was akin to buzzards circling a thirsty cowboy in the desert. Somehow, they KNEW.

Alex, Brad and Darryl took a vote. Their choices were plan A, B, or C. Each man held his right hand behind his back. They made their decision and made either a “Rock” a “Paper” or a “Scissors” with their hand.

All three men chose “Rock”. They went with Plan A (which counters approach A on the map shown above).

The good news was that they had run Plan A on Friday night and had found a few bugs.

They started making phone-calls to get the ball rolling.

Vince and I had been paired up together on the berm looking west across the scoured, concrete pad of the old factory. Ironically, I was almost exactly in the same place as the old weld-inspection crib where I used to work.

We were under nearly identical pup-tents made from camo-pattern parkas draped over bowed, fiber-glass tent poles. The parkas had aluminum foil attached to the inside with adhesive to defeat IR. Short of a low-level drone looking directly through our tiny front-flap, we were as close to invisible as one could get.

Foam pads beneath us. Unzipped, winter-weight sleeping bags above us. The most difficult part of the night would be to stay awake.

That is why we were paired together.

Last night we had chatted well into the wee-hours when it became apparent that Friday night was not going to be “the night”.

By all indications, tonight was going to be the night when we found out if our countermeasures were sufficient.

In a way, I was glad. I had spent a ton of money and the equipment I had begged, borrowed and leased had an expiration date. Far better this weekend than next.