The Kid is obsessed with big fish.

I was pummeled with questions asking my opinion of the largest fish in the Grand River (Lake Sturgeon, but lower reaches), the upper Grand River (length or weight?), the hole where we were fishing....this lake, that lake, the other lake.....

In the course of our hours-long, rambling discussion the subject of Northern Pike (Esox lucius) came up.

If the success of a species is measured by its range, the Northern Pike is a very successful species. One factor that contributes to their success is that they are more resistant to oxygen deprivation than many other species.

Take a small pond, cover it with snow. The aquatic plant-life dies or leaves blow in before freeze-up and the decaying vegetation depletes the oxygen. That is why there are many ponds with only bullheads in them.

Pike are not a glamorous species. There are still fishermen who brag about killing every one they catch because they consider them "trash fish". 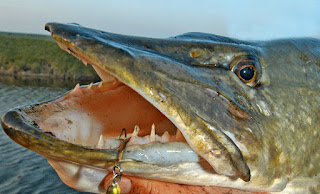 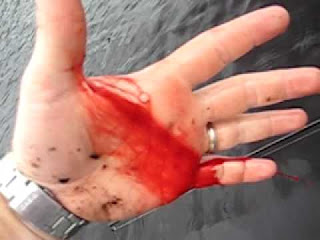 Pike ARE slimy and to do compete for the same forage base that bass eat. They also have a mouth full of teeth that can hurt you.

They also have been introduced by enthusiasts into waters where they were unknown, thereby upsetting the local ecosystems.

And, because they can live in low quality water, the fish caught from such waters can have an off-putting, decaying-vegetation flavor.

One of the questions the Kid asked was "If you  had a farm pond and could only stock it with five species of fish, what would they be?"

I thought it was a dandy question.

The problem with that mix is that bluegills tend to run-away reproductively and the pond manager must take steps to ensure there are enough large predator fish to beat down their numbers. 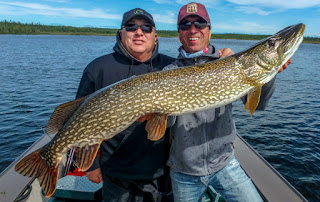 Northern pike would be an acceptable predator of bluegills and has good survivability in small ponds. They also have decent reproductive success when the pond has a stretch of low, marshy shore that floods in the spring.

The opposite of inbreeding depression is "hybrid-vigor" or heterosis. The reason hybrid-vigor is in quotes is because the word "hybrid" implies an out-of-species cross.

Our conversation turned to the possibility of creating a more vigorous line of northern pike to use in stocking farm ponds. Perhaps using eggs from the thicker-bodied Eurasian strain of northern pike or (more practical for us) eggs or milt from pike in small, Dakota or Montana prairie potholes crossed onto Michigan small-pond pike.

In addition to make big fish for the Kid to angle for, it might produce a fast-growing apex predator to put into farm ponds to knock-back bullhead and bluegill populations. The cross would have the advantage of being a native species but with a bit more "zip" in growth-rate.