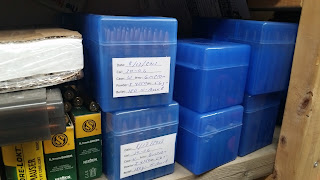 I thought I was done with Lansing except for the odd 24 hour shift with Mom.

And then Vince started getting calls from the other care-givers.

Covid-19 was one thing. Mom didn’t go anywhere so she was safe. Riots were an entirely different kettle of fish.

Vince tried to calm them down telling the care-givers that Mom was at Marie’s. That did nothing to reduce their anxiety. Even though it was an honest mile-and-a-half from the Hall-of-Justice, it was a scant half-mile from the northern limit of where the Marxist had torched entire blocks.

The fifteen caregivers shrank down to six, Ann and Mark her husband, me and Lizzy, Vince and Marie.

Vince and Marie had to work. Ann did not do well with interrupted sleep. After throwing the dice into the can and shaking, it made the most sense for me to take nights.

So much for old Remus's advice to avoid crowds.

The good news was that we were in a lull in the farming part of our operation and Grace was a huge help. The cattle were at the neighbor’s. The neighbor had a hay-field and had fenced off each bale with a strand of electric wire. Feeding the cattle involved turning off the fence and unstringing the wire to make one more bale available to the critters.

It was warm enough so the water wasn’t frozen. Plus, Vince was out there for the stuff involving heavy lifting.

That left me in Lansing with my days free.

Alex hooked me up with a guy named Brad Ridenour and asked if I could help him out.

We were clearly a mismatch. He was a no-nonsense, straight-line, young, hard-body.

I like to joke around and I have a chubby, Central-European face that is perpetually red from sun exposure. Most folks looking at me assume I am in the middle of a cardiac arrest.

We took each other’s measure.

Being the senior partner, I volunteered information first. “I am good at finding things and kludging solutions. If I don’t know where to find it, I can make a few calls and find someone who does.”

“I am still in the process of landing on my feet. I expect a buddy to show up tomorrow and then the fur will fly” Brad said.

“If you don’t mind, I have an errand I gotta run after lunch. I expect it to take three hours or so” I informed him.

“What do you have going on?” he asked.

I considered not telling him. I just didn’t know him very well. But one way to build relationships is to risk small bits of information and see how they handle it.

“I need to go to the shooting range to check the zero on a rifle” I told him.

That got his attention. “New gun?” he asked.

“Nope, I had it a while. I am switching ammunition” I told him. “I ran out of what it liked and have to switch.”

“Kind of late to be getting ready for deer season” he said.

“I haven’t been shooting deer” I said.

It took him a heartbeat or two to catch my meaning. He gave me a second look.

I was not smiling.

“Mind if I come along?” Brad asked. “I have a few weapons that would benefit from a zero-check as well.”

“More the merrier” I told him. “I expect the range to be busy because it is just a few days before deer season.”

I was torn about inviting him. Part of me cringed at the thought of letting a stranger know where I lived. These are dangerous and tumultuous times.

The other part of me argued that he was checking me out just as much as I was checking him out. Was I going to be a dead-weight or would I be helpful.

I swung by his vehicle with my truck. He put a couple of hard-cases in the tool box and I locked it.

"No mask?" he asked after getting in my truck.

"I have been sicker" I told him. "I was already taking Vitamin D, zinc, aspirin and selenium and getting lots of sun."

"My doc had me monitor my O2 levels every couple of hours and I was through the worst of it in about a week" I said. My doctor was a firm believer in "First, do no evil."

The fact I was only sixty and had O+ blood type didn't hurt, either.

After that short conversation, I drove out to my place.

He asked where I had found ammunition. The stores have been wiped out for the past month. Even on-line it has been impossible to find ammo.

I told him that I reload for a very small, very select group of people. Essentially, I only reload for family members.

I have a cousin who planned a hunt-of-a-lifetime “out West”. He paid in advance for me to whip up a batch of 30-06 ammo to his specifications. He left me his rifle for the weekend to ensure the ammo cycled through it and nothing “goofy” happened.

Then his trip fell through. He told me I could keep the ammo.

This afternoon I intended to shoot it over a chronograph and see where it hit at 100 yards and 300 yards.

The range was crowded, especially the 300 yard line because people who shoot that range typically wait five minutes between shots. That was OK because I wanted the ammo to cool off to simulate what it would be “out in the field”.

Brad checked out the range and chatted a bit with Russ, the owner. He also talked to a few of the guys on the firing line.

I gave his weapons a serious eyeballing. Nothing faddish on his rifles. He had a set of AR-15s that were almost a matched set.

One of the ARs had an Aimpoint and the other had a large, clunky looking scope on it. The rifle with the Aimpoint had a light mounted on the Picatinny rail beneath the barrel and the large, clunky scoped rifle had a laser.

The only weird thing was his flash suppressor and that looked like one of the rubber fingers on my chicken-plucker. 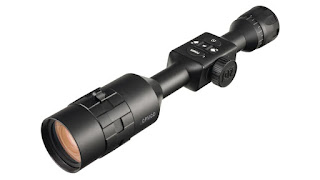 I asked about the clunky scope. Everything else about his weapons seemed simple and streamlined.

"Mind if I look a little closer?" I asked. I had never seen one before.

"Suit yourself" he answered.

Looking it over, I asked "What is the USB port for?"

That had me thinking a little bit. I didn't know if having a video record of shooting men about to hurl lit, Molotov Cocktails would improve your defense in court or hurt it.

My shooting wasn’t that great. I don’t know what it did with the blue-box ammo, but the handloads were a consistent 1.25” groups at a hundred with horizontal stringing...a personal failing of my. Vertically, they were all within a half-inch which I was thrilled with.

It was hitting 3.5" above the line-of-sight at 100 instead of 2" like the blue-box but I could work with that. I started filling out a cheat-sheet on a 3-by-5 card to tape on the stock.