My post about using chicken skins brought in an email from a reader.

The reader visited every shop in town that he thought might carry this product.  The sales clerks were invariably polite.  They are used to unusual requests.  He felt a little bit odd about asking for this flavored oil, especially when he would unexpectedly see neighbors in the shops.  But as he told the clerks, the most experienced guy at work said it was very, very important that he get the kind that tasted like licorice.  None of the shops said that they carried the product he was looking for.

He was stunned when his wife found it in a grocery store. 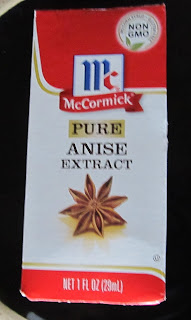 And it was spelled differently than he expected.

Posted by Eaton Rapids Joe at 9:46 AM