I have been enjoying Mil-Science Fiction.  I have a couple of dandy authors who write books in that genre on my side-bar (Old NFO and Bayou Renaissance Man).  This post is not about them.  It is about me.  Life is often more enjoyable when we don't over-think things.

Typical prose
"Twisting through the air like a cat, our hero launched a stream of shots from his 1mm, depleted uranium handgun.  The projectiles lanced through the air leaving bright, silvery streaks as they raced toward the enemy at .3 times the speed of light."

I'll bet he was twisting through the air
A 1.0mm diameter bead of depleted uranium weighs about 0.15 grains.  As a frame of reference, a single pellet of #9 bird shot weighs about 0.75 grains and the ubiquitous .22LR projectile most often weighs 40 grains.

Looking at momentum, which is mass-times-velocity:
What does 6500 lbm-fps mean?

Yeah, that will make him hard to hit...assuming he can hang onto his pistol without breaking his arm.
And his rail-gun that shoots the 3mm bead?  A single shot has enough momentum to launch our hero backwards at 1030 mph. I bet that leaves a bruise.

The Engineering Solution
The Engineering solution is as old as the Pharaohs:  An Intertia Well known as an "Administrice" is embedded in the gun's stock.  Everything is stopped by an administrice...except maybe "the buck".

Theoretical Mathematicians are not in full agreement where the inertia goes. 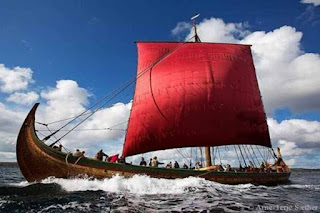