Can Private/Public Sector employment ratio be used as a proxy for "Liberalism"?

From a white-paper titled Selected Characteristics of Private and Public Sector Workers:

Occupations sorted by size.  The numbers shown are 1000s: 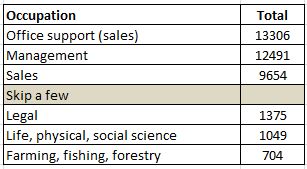 By ratio of (Private Sector/Public Sector):

To answer the question in the title:  Probably not.  Cops, military and firefighters are probably more conservative than the US average and they have the very highest ratio of public-to-private employment.

Education and community and social scientists have the next two highest ratios and they tend to be liberal. 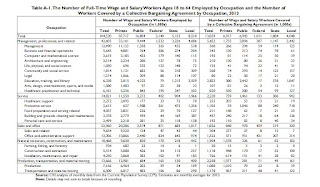