Medicare for All: Tyler Cowen Challenge

In case you are not familiar with the Tyler Cowen challenge, it came from a very short essay he wrote titled Ways to Burst your Filter Bubble.  The money line is

"Reading articles from other perspectives isn’t enough.  Try writing one."


I ran into a gentleman the other day...
and he buys into the  hypothesis that conservatives and liberals have drifted so far apart and become so hardened in our respective positions that there is very little we can say to each other.

I saw that as a challenge.  The guy truly is a gentleman.  He is in his mid-sixties (a guess), is intelligent, calm and well spoken.  I disagreed with his position.  After telling him about the Tyler Cowen challenge he offered three topics.  One of those topics was "Medicare for All".

As an aside, another reason I asked the gentleman for topics is that anybody can regurgitate that same, lame opinions week-after-week.  I call them "The short loop" bloggers.  I tire of them quickly.  The only way to judge the quality of an infielder (in baseball) is to watch them field hot grounders.   The topic: "Medicare for All" is a hot grounder for a "conservative" blogger.

Incidentally, these opinions are mine and mine alone.  I did not have them vetted by the vast, alt-right, sooper-secret, opinion homogenizer.


Health care must be recognized as a right, not a privilege. Every man, woman and child in our country should be able to access the health care they need regardless of their income. The only long-term solution to America's health care crisis is a single-payer national health care program.  -From the Bernie Sander's website


Where we probably agree
The current system is not working very well.

The current system is like an old, beater car that runs just well enough to nickle-and-dime you to death with repair costs...and docked wages. 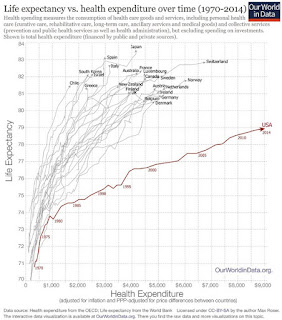 Not very impressive.  We are paying more and getting less.

Communicable diseases are making a comeback.  The Herd Immunity effect is an important tool in our arsenal. 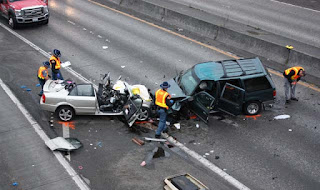 People with untreated mental health issues can be violent.  They can hurt you any time, any place.  That can be the drunk driver who is "self medicating".

Then the king will say to those on his right, ‘Come, you who are blessed by my Father. Inherit the kingdom prepared for you from the foundation of the world.  For I was hungry and you gave me food, I was thirsty and you gave me drink, a stranger and you welcomed me, naked and you clothed me, ill and you cared for me, in prison and you visited me.’ Then the righteous will answer him and say, ‘Lord, when did we see you hungry and feed you, or thirsty and give you drink? When did we see you a stranger and welcome you, or naked and clothe you? When did we see you ill or in prison, and visit you?’  And the king will say to them in reply, ‘Amen, I say to you, whatever you did for one of these least brothers of mine, you did for me.’  Matt 25:34-40

People on Medicaid, which is means tested, are trapped in part time jobs because adding hours will bounce them from the Medicaid rolls.  They cannot afford to push-through, work full time and acquire skills that add value to their work...and to the economy.

I disagree about the vehicle used to deliver that healthcare.

Consider a 17 year old boy who likes to take his two-wheel-drive truck "off-roading".  He frequently gets it stuck.  You might thing getting him a 4WD vehicle with better tires would solve the problem.  Not so.  It usually results in our 17 year old hero getting stuck that much deeper in the swamp.  The $50 tow truck bill becomes a $400 tow truck bill.

Pumping money into a broken system does not fix it.  More money just drives it deeper into the swamp.  Trying to salvage pieces-parts of the dysfunctional system is like trying to reuse an old barn.  You cannot cherry-pick your way to an efficient, rational system.

Solution?
Healthcare is a huge issue.  I will address one facet of it.

Emergency Rooms
Emergency Rooms are, in many cases, where people go when they need medical care.  It is their preferred "gateway".  It is an expensive path and there is no gatekeeper.

According to Blue Cross Blue Shield of North Carolina, most Emergency Room visits cost an average of $1200.  Why so much? 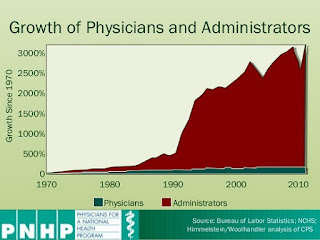 Have you ever walked through a woods after a heavy, but windless rain?  Simply touching a branch results in the water, precariously suspended in the tree's canopy raining down on you.

So it is with Emergency Rooms.  There is a tremendous amount of overhead and unallocated costs waiting to rain down on the head of anybody who touches a service.  Those costs have to go somewhere.

The traditional General Practitioner is not immune to the pernicious effects of overhead.  He has all kinds of ancillary support people to pay.  His office is usually in a nice part of town and is nicely appointed.  The GP can deliver nearly all of the care of the Emergency Room at 10% of the cost.  His basic cost is $120.

But why stop at the GP?  New Zealand milk producers were able to lower costs to 25% of US "conventional methods" producers.  What would it take to drive the average "emergency room" like visit down to $30?  Heck, make it $35, $30 reimbursement from the Federal Government and a $5 copay. 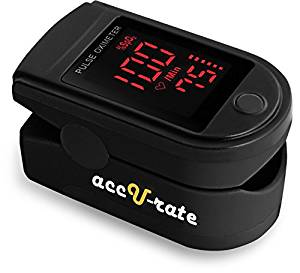 You would have to replace the doctor with a touch screen kiosk and Artificial Intelligence.  Simple, cheap technology like IR temperature measurements and pulse/blood oxygen sensors could be incorporated.  Both of those technologies cost about $20 and are robust.

The kiosk would walk them through a diagnostic tree.  I will simulate running through such a tree just for giggles.  Apologies in advance...I am not a doctor nor do I play one on TV.

The number one demographic in Emergency Rooms, according to Doc Rocket, is 26-to-35 year old women.

Their number one cause is abdomen pain.

The number one cause of that pain is constipation.

The number one root cause of their constipation is three-fold...lack of hydration...lack of fiber...lack of exercise/movement.  Two of the three root causes are due to women not wanting to use public toilets, a concern that can be partially addressed by giving them a small package of antiseptic wipes.

The $3 therapy is to give them 32 ounces of Gatorade with 20 grams of PEG 3350 dissolved in it...wait twenty minutes and then have them walk on a treadmill for 40 minutes.  Don't stand between them and the bathroom.  Oh, and give them a package of wipes.

Posted by Eaton Rapids Joe at 6:34 AM