The Dog Days of February

I spent much of today with the Michigan Search and Rescue teams.

They train every three weeks.  They needed volunteers who could sit quietly in the woods for five hours.

I did not chat with many of the folks.  They were all business.

But I do have pictures of dogs. 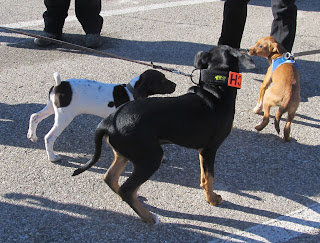 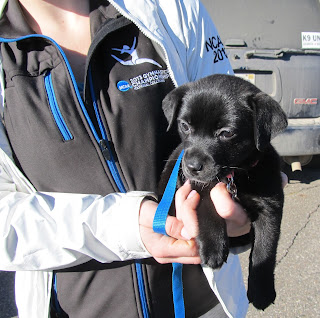 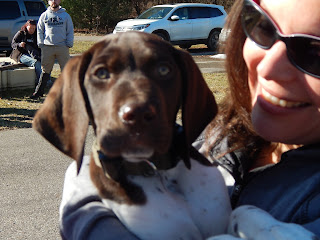 Some basic obedience training took place at the start of the event.  That got everybody into a working mindset.

My original intent was to take a bunch of pictures of dogs but things moved too quickly.  There was not much stand-around time.

Belladonna told me that she would believe me unless I got some pictures.  So I did the best I could.  I asked a couple of other guys if they could send me photos.  I will post them if they show up.

The first team with an experienced dog told me that I was too visible and they directed me to move one hundred yards farther to the west.  Okie-dokie.

Exactly one hundred yards to the west was a tiny pot-hole swale.  EXACTLY the kind of place a deer would bed down in.  Good enough for a deer to avoid detection by predators, good enough for me.  And it WAS exactly 100 yards west of where I had been. 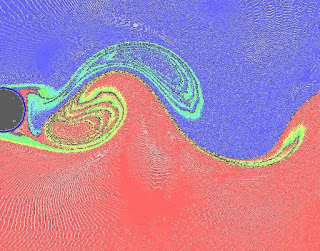 The dogs really struggled with that pot-hole.  My scent stream lifted off only to reappear 60 yards downwind and to the left or right of downwind.  The handlers told me they walked around the rim of the pot-hole and the wind direction shifted like crazy-mad.

I think they also had issues with the fact that I wear no fragrances and my outer clothing has not been laundered for more than a month.  Not that I am a slob, it is just that I have many coats and jackets and there is little mud or filth in the winter.

Another thing I did was to remain still and to shield my face.  A fairly large number of the people they need to find are folks with dementia or emotional issues.    In the moment they might not want to be found or might be petrified by dogs.  Sometimes the victim is not conscious.

Dogs are predators and they see motion more than shapes, and shapes (body language) more than detail.  Think like a bunny, hunch over like a stump, hide your face and don't move and you will be harder to find.


I had a dog that was 20 yards downwind of me and did not find me.  They wear bells and you can follow their progress with your ears.
The handlers work very hard to ensure that the dogs will bring the handler right to your position.  Close is not good enough.  The team might be looking for somebody trapped in rubble, inside culverts or in boats or campers.  The last thing the handler does before leaving is to capture the GPS for quality control reasons.

She found me like she was a heat-seeking missile.  Her owner was very humble, he said later dogs had an advantage because there was human and dog scent all homing in on the victim.  That is why Michigan SAR likes to do their training in large facilities with many volunteers.  That gives more dogs the ability to puzzle-out the problem without the cues left by previous teams.

A surprising number of dogs are rescue dogs.  Zephyr was a rescue dog that was purchased in front of (outside of) a dog store in Miami, Florida.

The red dog on the right is a mixed breed.  The owners believe she has some Redbone Coonhound in her background.  The dog in the middle is of mixed ancestry.  The dog on the extreme left is a German Shorthair Pointer who is also being trained to air-scent interesting chemical combinations.

I expect I will do this again.  Like my daddy told me...there will always be a place for people with strong backs, closed mouths and a high tolerance for boredom.  I continue to marvel that it took me 57 years to find my niche; a job where I can sit out in the woods, read a book and smell bad.

Overall, it was a lovely way to spend a warm February Sunday.