Etymology:  The study of the origins of words.

The term redneck is a derogatory term chiefly used for a rural poor white person of the Southern United States. Its usage is similar in meaning to cracker, hillbilly (especially regarding Appalachia and the Ozarks), and white trash


Well, that is their story.

But consider that English has many words of Germanic origin via its Saxon roots.

Have you every heard of "Reineke"?  Sounds a bit like Red Neck, doesn't it?


Reineke...is the main character in a literary cycle of allegorical Dutch, English, French and German fables. Those stories are largely concerned with (Reineke), an anthropomorphic red fox and trickster figure. His adventures usually involve him deceiving other anthropomorphic animals for his own advantage or trying to avoid retaliations from them. His main enemy and victim across the cycle is his uncle, the wolf Isengrim (or Ysengrim). While the character of (Reineke) appears in later works, the core stories were written during the Middle Ages by multiple authors and are often seen as parodies of medieval literature such as courtly love stories and chansons de geste, as well as a satire of political and religious institutions.

So what we have here predates the Br'er Rabbit stories.  The humor is rich....White man's Rednecky is a fox.  Black Man's Br'er is a rabbit.  The same character and many of the same stories. 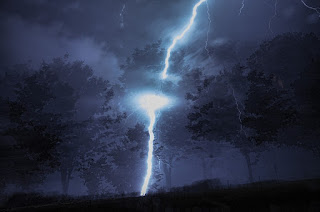 The etymology of the word "Rednecky" itself, as I like to think of him, is old German for "made hard by the gods" or "denoting someone who is wise, clever, or resourceful" depending on the authority you prefer.  Both work for me.  Both describe most of the "Red Necks" I know.

Those who would reject it on the basis that "there is no evidence"  cannot present evidence that it is not true.  In fact, there IS evidence that my etymology is the true origin.  If you doubt it, reread the last paragraph and consider that some of the Br'er Rabbit stories sound much like the Red Necky stories told by slave owners.  As the fox is to the wolf, the rabbit is to the fox.
Posted by Eaton Rapids Joe at 4:00 AM