---Administrative note:  One of my younger brothers was diagnosed with cancer yesterday.  Prayers for him and for his family will be much appreciated.  I know many of you have gone through similar issues, both personally and have watched close family members meet this challenge.

I intend to keep blogging.  It is one of the ways I "process".  The writing standards will slip.  You will see more grammatical errors and some of the analogies will be a bit of a stretch, the logic will not be as seamless, you will see fewer photos and the topics will drift from what you are used to seeing.

On his behalf, thank-you for any prayers. We hope for one outcome and yet acknowledge that God's will shall be done.  Regardless of the near-term outcome we know it will be brutally hard for his immediate family.  I am not encouraging pledges of prayers in the comments, although you are more than welcome to leave them.  I do ask that you send up a quick prayer in those moments when you have the time...when you are stuck in traffic or in an elevator.  Ask for strength and wisdom and peace for my brother and his family.

And if you don't think of your self as the praying type, I believe that prayers from folks who are out-of-the-habit count for extra.  It is a big deal when the least communicative child phones home.  End of administrative note---


This essay was originally going to be titled "Failures of the Free Market System" but I rejected that title. 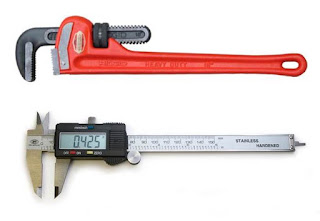 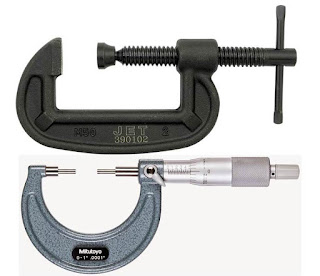 We do not say that a C-clamp "failed" when we cannot use it to measure to the thousandth of an inch.  Nor do we say that a digital caliper failed when we are unsuccessful breaking loose a section of rusty, 2" black iron pipe.  Resemblance does not guarantee function nor is function assured because we "really, really want it to work that way."

It would be convenient if "Markets" could do everything.  But there are some things that it cannot do because it was not designed to do those things.

External costs are costs that are not borne by the producer.  Somebody else ends up paying "external" cost.

Successful competitors are the ones who can externalize more of their costs than the other guys.

We would not say the camera failed if it did not record an accident in the parking lot.  That is not what we ask it to do.  Internal costs impact prices.  In the wild, external costs only impact prices in the most incidental of ways.

Internal costs that are higher than the transaction price results in the least efficient producers liquidating and a shrinking of the supplier base.  Supply-and-demand suggests that prices will rise until an equilibrium is reached and no more producers are shaved off the inefficient end of the line.

External costs
Externalized costs exist in countless forms.  By way of illustration, a couple of common forms of externalized costs are the health issues caused by pollution incurred in the production process and end-of-lifecycle costs.

The total cost of burning coal, for instance, is not completely comprehended by the cost of removing it from the ground and transporting it to the market (the internal costs).  The total cost of burning coal must include the effects of midden pile leaching, lives shortened by Black Lung, the accelerated depreciation of structures due to acid rain and the impact on the health of people, crops and wildlife.  Either that, or it must comprehend the cost of mitigating those undesirable outcomes.

One function of government is to re-associated externalized costs back to the activities that created those costs.  That is, convert the external cost into an internal cost so the robust allocative efficiency of the market can be tapped.  This is known as Pigou's Solution.

At this point some readers are thrashing around on the floor in pain
As much as it may hurt to admit it, government has a role in pricing.  It can be via taxation, regulation or mandated "deposits".  There are some things the private sector cannot do.

A couple of mundane examples:
Letters to the big-box stores (with these pictures, incidentally) all bounced off.  They are so compartmentalized that there is no place to inject that information.  It is impossible to drill into the organization and find anybody who "owns" unsafe products at Walmart, for instance.

Another example
Burning vinyl creates dioxin, one of the most potent carcinogens around.

Vinyl is everywhere, but especially in building construction.
You may study up on the topic and challenge me, "But Mr ERJ, the literature says that the pyrolysis of vinyl does not produce huge amounts of dioxin unless copper is present as a catalyst." 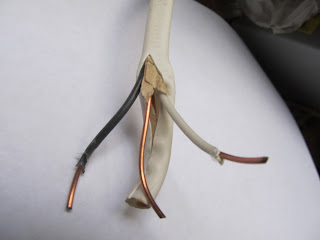 Thanks for pointing that out.  What do you suppose is the primary component of the insulation in this wire?

Is it any wonder that firefighters have a much higher rate of cancer than the general public?

"...researchers found that more than two-thirds of firefighters – 68 percent – develop cancer, compared to about 22 percent for the general population, no matter the race or gender."  Source

Asking contractors to use hardwood flooring instead of vinyl flooring or to use non-vinyl insulated wire is to ask them to commit economic suicide.  They will never win a bid.  Asking the manufacturer of Whink to cease-and-desist would likely destroy the economics of an entire town in Oklahoma.  It ain't gonna happen.  It is not within the scope of the "Market" to voluntarily absorb external costs, just like monitoring the parking lot is not within the scope of the interior cameras.

It is within the scope of government to reattach those costs back to the transaction.  This is actually a libertarian concept because "the forgotten person" is unknowingly, unwillingly subsidizing the producer who is most successful at externalizing the full costs of a product.  Liberatarians  believe in the doctrine of free will.  Was  the firefighter who got cancer able to exercise free will?  I suppose he could have quit his job if he had enough information.  And then who would put out the fires?