The Second Amendment, a Short Defense


“A well regulated Militia, being necessary to the security of a free State, the right of the people to keep and bear Arms, shall not be infringed.”

There are two assumptions about this position that are worth examining:

Militias are obsolete:
At this point it is useful to look at the Fifth Amendment to get some hints on what the authors of the Bill of Rights had in mind when using the word “Militia”.

“No person shall be held to answer for a capital, or otherwise infamous crime, unless on a presentment or indictment of a Grand Jury, except in cases arising in the land or naval forces, or in the Militia, when in actual service in time of War or public danger; nor shall any person be subject for the same offence to be twice put in jeopardy of life or limb; nor shall be compelled in any criminal case to be a witness against himself, nor be deprived of life, liberty, or property, without due process of law; nor shall private property be taken for public use, without just compensation.”

Take a look at the underlined portion:

…except in cases arising in the land or naval forces, or in the Militia, when in actual service in time of War or public danger…

The authors of the Bill of Rights gave us a list of “equivalences” or “same-as”.  In the Second Amendment they use the generic term “security”, in the Fifth Amendment the explicitly say land or naval forces, or in the Militia, when in actual service in time of War or public danger

So even if those who wish to ban guns contend Second Amendment uses “Militias” as a foundational argument, the Fifth Amendment equates the need for “Militias” with the need to address “public danger”.

The authors of the Fifth (and Second) Amendments were talking exactly about flash-mobs in shopping mall parking lots when they wrote “public danger”.

Clearly I cannot even though I can own a firearm nearly any place in the country. That is proof of a vast body of precedence that the courts (and everybody else) realizes that the Second Amendment is NOT about Militias, it is about the right to bear arms.

The perfectability of humans 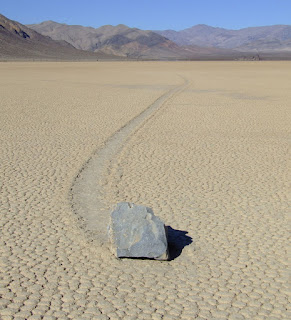 One of the fundamental differences between progressives and conservatives is that progressives believe that humans are "fixable" and that the fixes are permanent and will never unwind.  You can picture that as a rock dragged across a beach.  It tends to stay where it was left. 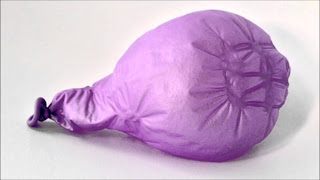 Conservatives tend to believe that any improvements in the human condition are reversible and that inattention results in the a return to the base condition.  Furthermore, conservatives believe that maintaining the improved human condition consumes energy and that ever more energy is required as the social construct becomes larger and more complex the structure.  As some point, an equilibrium is reached where all resources are consumed in maintenance and small pertubations result in the entire structure collapsing.

The conservative might challenge the progressive:  "Suppose I get a tattoo and my child and grandchild get identical tattoos...How many generations must get tattoos before babies are born with them?"  The answer, of course, is "never".  Then the conservative is likely to ask, "Then why do you assume that your social constructs will become maintenance free, that people will be born "fixed"?"
Posted by Eaton Rapids Joe at 9:28 AM