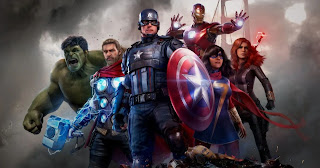 Yep, I have them.

With all due modesty, let me explain.

Practice makes the master. Perfection is approachable but only through practice and only when applied intelligently.

I recently had a chance to monkey-paw a double-action, chemically-powered drill-motor and my ability to hit the work-piece with the drill-bits was very poor.

I diligently applied my Duck-Duck-Go skills and learned about the Thumbs-Forward grip. It took about thirty dry-fires to deduce that the drill-motor was squirming in my grip. Clamping down with about 3X my previous grip-force ironed out the squirming problem.

The point of the story is that without INTELLIGENCE, improvements in accuracy would quickly plateau because the repetitions would only serve to solidify poor habits.

I can make one woman happy

I can make one, and only one, woman happy.

This super power is much like juggling. A juggler might be able to juggle five eggs, but throw in a sixth egg and they all hit the floor.

A man has to know his limitations. In my case, I can make ONE woman happy. And that isn't one woman a day. Nope. It is one woman (full stop)

I can foresee the future

I can foresee the future but must confess to being near-sighted.

The sun will rise in the morning and set at night.

The temperature will get colder and warmer.

Many people will connive to get something-for-nothing.

People will continue to be responsive to Classical and Operant Conditioning. Said another way, pain and the credible threat of pain are effective deterrent to behaviors.

Savings will be worth less.

I will continue to enjoy regular meals until such time as they are not available or I no longer need to maintain body temperature.

Put some polish on your own super-powers.

Posted by Eaton Rapids Joe at 9:03 AM