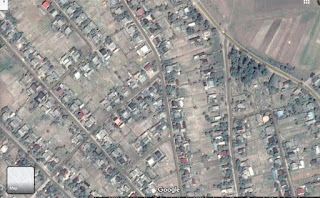 Berezno, Ukraine is in the western Ukraine. The Ukraine was generally considered a First World country when it was part of the USSR.

More recently, it has been torn by civil strife and tensions with Russia, the Ukraine's largest trade partner.

See where I am going with this?

Berezno is credited with about 13,000 citizens or about three times the population of Eaton Rapids or about 15% the size of Lansing, Michigan (city proper).

If you look at the outlying, populated areas you will notice something unusual, at least by North American standards. 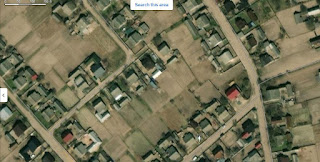 Look at the back yards.

The land-use outside of town is also strange by North American standards. 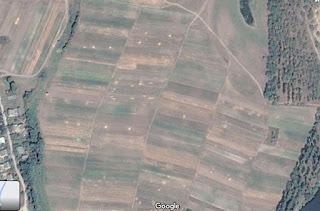 Those narrow strips are approximately 6 meters (20 feet) and they appear to be in different rotations or perhaps different stages of the same rotation. 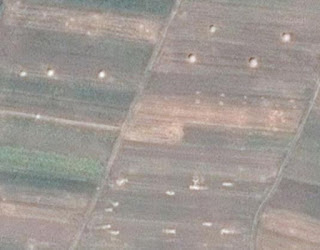 Here is a closer image. Those round and rectangular humps might be straw-covered "clamps". 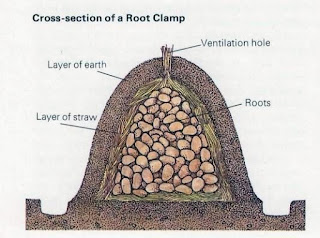 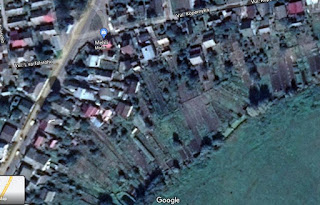 The down-town area of Berezno is much more congested than the outlying areas.

Still, they squeezed in gardens in the flood plains. The houses in the image above had yards behind them leading to the perimeter of the flood plains, defined by an ox-bow that had been cut-off from the main channel of the Sluch River. 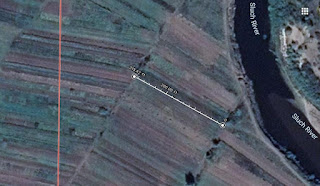 A close-up of the actual flood plain shows it is all in vegetable gardens with rows approximately 100 meters long. The width between rows varies, probably based on the vegetables being gown; carrots and radishes can be grown closer together than tomatoes and potatoes.

Berezno is 800 km (500 miles) from the most intense fighting of the Ukrainian Civil War but the tremors in the economic system were felt there. Gardening is hard work. Most people don't do it unless they have a compelling reason.

My assumption is that I could have looked at a hundred different, small, Ukrainian cities and seen much the same thing.

Perhaps the most notable thing about these images is that either the Ukraine is a very high-trust society or the punishment for stealing food (and vandalism) are severe. I suspect the second is the case. The police probably look the other way when a known, petty-thief gets his face rearranged by a garden shovel.