Which demographic has the best chance of surviving "Spicy Times"? 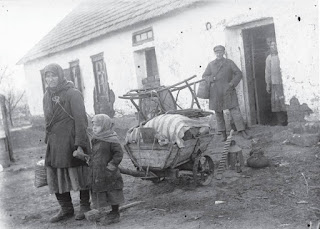 First of all, our most-likely-survivor (MLS) will be a girl or woman.

With very, very few exceptions, women have lower mortality during extreme events than men. During Holodomor, the Ukrainian famine of 1933, men had 60% higher mortality rates across a very broad age spectrum.

I speculate that is because women have lower base, metabolic "Emaintenance" demands because they typically have smaller stature and reduced muscle mass.

Our MLS will not be an infant. Infant mortality is horrendous in chaotic environments. Infants do not have the portfolio of antibodies needed to negotiate filthy environments. Their tiny bodies dehydrate in the blink of an eye and are subject to hypothermia.

The illustration above shows the demographic "counts" by age after the catastrophic events. The initial inclination is to estimate the survival rate by looking at the slope of the declining curve with flatter indicating a higher survival rate, that is too simplistic because it does not comprehend the base population.

If you take that into account, you should never bet against a 15 year-old woman, especially if she can cook, garden, fish and demonstrates a pleasant personality. This is not my opinion. It is data.

Posted by Eaton Rapids Joe at 9:13 AM