Was Gab the real target of the Loonie Bomber? 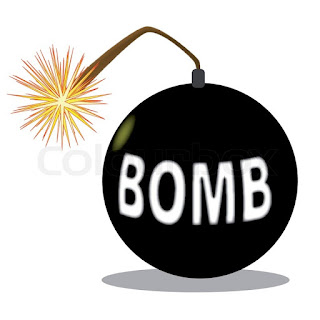 Most of story at God, Guns, Beans, Bullets etc.

When reports of the Loonie Bomber first came out I was a bit surprised when the main stream media prominently featured his use of Gab.

Gab has been informed that their host is tossing them out on their ear because Gab allows "hate speech".

Was silencing Gab the true target of the Loonie Bomber all along?

Hate Speech
Have you ever noticed how yawns will ripple across a large room?

There might be seventy people in a warm conference room. The speaker is droning on. You have been sitting too long. Maybe you dialed back on your coffee consumption because you did not want the discomfort of a full bladder.

Then, somebody in the far corner of the room does it. They yawn.

Then a wave of yawns ripples across the conference room.

"Hate speech" is feared by authorities because it is seen as the high voltage trigger.

This is seen by most people who have had training in the physical sciences as ass-backwards. Pertubations happen. Potential energy ALWAYS wants to drop down to a lower floor. The first way to armor systems is to reduce or dilute potential energy.

The crazy-making thing is that some players want to stoke the potential energy in society with identity politics and then they think they can prevent the tiger-in-the-room from eating everybody by removing the old Bon Appetit magazines.

The optics from a couple of different perspectives
If posters on Gab are so transparent in telegraphing their intentions as the main stream media suggests, then Gab should not be shut down. Rather, they should be hosted by the Department of Homeland Security to facilitate ease of monitoring.

If posters on Gab are so persuasive, they should be snapped up by Madison Avenue advertising firms.

If Gap posters are so awesomely capable of mayhem they should be given Pentagon contracts.

If posters on Gab are so destabilizing, then the CIA should be mailing them checks and cloning Gab in target countries.

None of these things happened.

An alternative explanation
I know this is kind of far out there, but what if the heavy political contributors in Silicon Valley were being pummeled in the stock market and wanted a distracting competitor removed from a flanking position so they could concentrate on their current train wreck?

The Loonie Bomber was cooked. The Pittsburgh shooter was an accident.