Reading the body language of a crowd

Most of us have some skills in reading the body language of a person. We know when we can approach our boss and we can tell when she is pressed for time and approaching her would be counterproductive.

Most of us have far less skill at reading the body language of a crowd.

This short essay will attempt to sketch out a few basics. 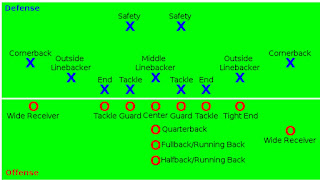 Offense also known as aggressors:
There are two critical observations to be made:
One is that most of the offense is stacked up along the line of scrimmage, the line that divides the two forces. 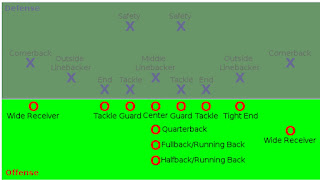 The second observation is that the members of the offense that are not stacked up on the line of scrimmage are aligned in a formation intended to penetrate presumed or demonstrated weaknesses in the defense. 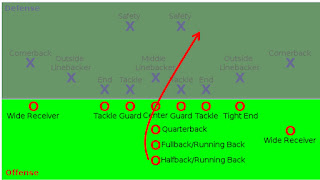 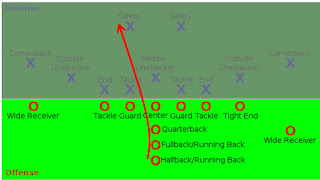 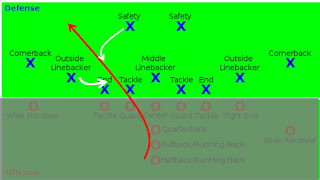 The defense in hampered by lack of initiative. They must react to the offense and reaction takes time. The defense arrays itself in depth to buy time.

Resources can flow to the breaches being exploited by the offense. 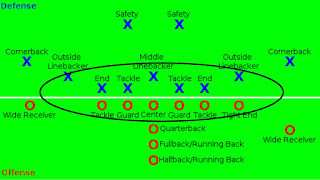 It is difficult to discern a crowd's intend by looking at the front line. Whether the mob is aimless, or plans offense or plans defense they will all have head-crackers stacked along the line-of-conflict. 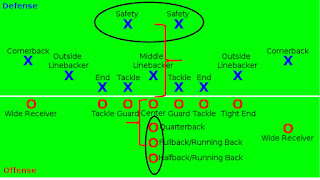 Studying at how players are arrayed away from the line is a far clearer way to discern the crowd's intent.

The mob that has no overt intention will have no forces in the back-field or those forces will be hand-wringing, non-players.

The mob that intends offense will have a compact, mobile component staged to exploit line breaches. It may, or may not be shaped like a spear although a spear shaped group can exploit smaller holes. Once through the line they will disrupt logistics and attempt to direct defenders fleeing the carnage into killing fields.

The mob that is preparing for defense will have players deeper in the backfield backstopping likely breach points. They will also be covering side streets and other flanking routes.

Resources on rooftops:
Mobs are unlikely to have actual artillery but they might have rooftop over-watch.

The positioning of the rooftop resources telegraphs where the planners think the conflict will go.

The side that has the rooftop overwatch stacked forward is the offense.

The side that has deeply layered rooftop over-watch is the defense. They anticipate the possibility of line breaches and positioned resources to suppress offensive groups disrupting behind the lines. They also invested resources to ensure quality command-and-control inputs when things go sideways.

Personal planning
The best place to be is a minimum of 40 miles from the conflict on a dirt road watching it livestreamed on your computer monitor.

That said, sometimes we have to go to the city because that is where airports are and where high-end medical care can be found. We also go to the big city when forced to by family obligations.

If you find yourself in a developing conflict, reading the crowd can help you gauge how insistent you should be at removing yourself and how much haste you should make.
Posted by Eaton Rapids Joe at 8:53 PM