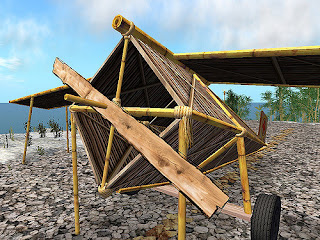 In the late 1940s and early 1950s anthropologists in New Guinea observed the rapid ascendance of a new religion that they later dubbed "Cargo Cult".

The priests dressed in western garb. Anthropologists observed the priests laying out logs and building fires in ways that simulated air strips and markers for landing craft. The priests had stones that had been shaped to resemble WWII portable radios with reeds attached to them for antenna.

The priests would pray into the faux radios with pseudo-English sounding phonemes and then the acolytes would prepare to transport the cargo that was expected to materialize from beyond the horizon.

You have to smile when you think of a cannibal witch-doctor babbling into a rock with a Brooklyn accent while wearing clothing salvaged from a dump. And he seriously believes that cans of spam will magically appear on his beach.

Ebola
Those of us blessed to have grown up in the functioning parts of the developed world have a huge amount of information encoded into us. If you are an old guy then you know that the witch-doctor's radio lacked a charged battery, conductive wires, tubes, a crystal, a tuned antenna and perhaps most importantly, the infrastructure on the other end to hear the request, process and deliver the desired cargo.

All the witch-doctor knew about radios was what he could hear and see from a distance. "This big by this big. Rectangular. Whippy thing sprouting out of the top."

Events like the current Ebola crisis in Africa show us that the social structures in the functioning parts of the develop world also have huge amounts of information encoded in them. That information is encoded within the people who run them. You can transplant the external cues but you cannot easily transplant the deep knowledge.

Time and again we see that transplanting the externals creates a cargo cult. Like the cargo cult, the externals are preserved because it is seen as a way to get cargo, that is, to skim resources for personal use.

From a systems perspective, having the individual parts unable to take initiative and anticipate command direction results in slow, slap-dash, uncoordinated response. Oh, and significant percentages of critical resources got "disappeared".

History
Europe was once a roiling vat of tribal peoples.

As population density increased so did various stressors.

Families and villages that could synthesize responses like quarantine and then enforce it down to the least member survived.

Families and villages that could not synthesize rational responses and enforce them became extinct and their land became available to those families who did survive.

Enforcement of responses becomes far less leaky when every member "believes" or has deep knowledge of why they must follow the rules. This is not a "feelings" or "exceptions for disadvantaged individuals" or "these rules don't apply to rich people" approach. Those villages became extinct.

Modern medicine is little more than a bandage on a putrefying compound fracture when oppositional-defiant societies meet epidemics like Ebola. 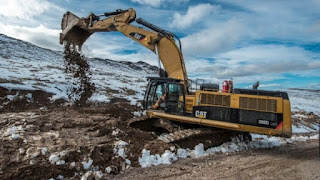 And there will always be epidemics like Ebola popping up. Our dominance of the earth means that huge amounts of nearly homogeneous targets are grubbing around in every portion of the world. We are disturbing every corner of the remaining tropical rain forests and excavating and exposing ourselves to microorganisms that have been slumbering in the permafrost since the last ice age.

Bacteria and virus have a name for humans: Meat.
Posted by Eaton Rapids Joe at 10:00 AM