Kubota is moping around. His truck needs parts and he is not getting very many hours at work.

His truck has a radical lift-kit in it and it has not been driven gently.

The CV (Constant velocity) boots are cracked and spraying lube. More important, the cracked boots allowed grit into the joint and they are wearing quickly.

So now Kubota is convinced he needs longer control arms which would totally mess up the geometry of the front suspension. The good news is that I don't think you can get longer, after-market front control arms for late '90s Chevys. 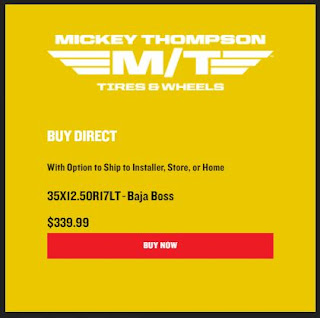 The other thing is that his tires are rapidly approaching "slicks" status. Oversized tires are more expensive than stock tires. The tires on his truck retail for $340 each while less radical "stock" All Terrain tires might run $125-to-$150 per donut.

I suggested he could save money in the long run if he removed the lift-kit and reverted back to stock. That idea went over like a fart in church. Much of Kubota's identity is wrapped around his driving a "manly" truck.

Some people just have to learn the hard way. Unfortunately, I don't think Kubota will live long enough to recreate 4000 years of wisdom.