Books you might find in the Green Knights' library 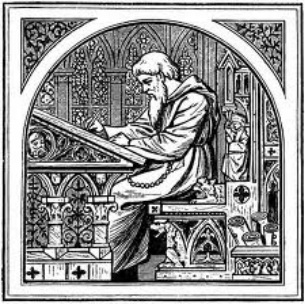 A Study Bible of your preferred translation

Catechism or compilation of sermons of your choice. If Jewish, a copy of the Talmud.

If Christian, copies of Nicene and Apostle's Creed

Shakespeare's Hamlet, Macbeth, Henry IV, Romeo and Juliet, Much Ado About Nothing

One textbook each focusing on grammar and sentence construction

National Electric Code. Does not need to be most recent issue

A book on general animal husbandry and animal breeding (including issues with inbreeding depression).

Combat Skills of the Soldier (FM-75)

Basic book on physical fitness with "bogeys" for sit-ups, pushups, pullups and three-mile run by age-group and gender.

Please feel free to add to the list. I am sure I missed wide swaths of literature. I tried to stick with categories rather than list specific books.

Nominated by Lucky_P: Books on identifying, using, and eating wild, native plants and mushrooms. Any of Sam Thayer's books, like 'Forager's Harvest', etc. would be worth having on hand if you're in the eastern or midwestern US. I've not yet hit on the best mushroom ID guide with emphasis on edible species.

LJW wrote: If you have a Kindle - get the Complete Harvard Collection! It is $1.99 and has a lifetime of reading.

I want to add: The Prince by Niccolò Machiavelli
A book on basic midwifing and birthing

A college freshman level primer on Macro Economics and another on Micro Economics. Incidentally, older editions of college textbooks are often screaming bargains and they are usually exceptionally well bound.

Nominated by Old NFO: The Iliad and the Odyssey

Nominated by Roger: Plutarch Essays and Lives I & II and Marcus Aurelius - Meditations

Nominated by The Freeholder: I'll have to go through the appropriate shelves, but I'm going to toss Ayn Rand's Atlas Shrugged, a recent copy of the Nurses' Drug Guide and Carla Emery's Encyclopedia of Country Living into the mix....
Now that I've (Freeholder) had some time to think and look:
A set of the "Dick and Jane" reading books and a set of McGuffy's Readers.

Volumes 1-4 of The Bowyer's Bible

Stocking up, and old Rodale Press book. Get the latest you can find.

A 1910 copy of the Encyclopedia Britannica. Mine's on CD, but I'd love a real copy.

Gardening When It Counts by Steve Soloman.

A copy of the Chemical Rubber Handbook.

A complete set of the Sherlock Holmes stories by Sir Arthur Conan Doyle.

A complete set of the works of Robert A Heinlein.

The Leatherworking Handbook by Valarie Michael.

ARRL handbooks, especially the ones on wire antennas. The RSGB also has good books on the same subjects.

Early 1900s copies of the Boy Scouts and Girl Scouts handbooks.
Noveske's Rock contributed: Excellent selections above. I'd add "The Knowledge" by Lewis Dartnell - how to rebuild technology from a standing start. The Gunsmith Kinks series by Brownell offers many field expedient firearms repairs. For those with acreage I'd recommend Homemade Contrivances and How to Make Them, Handy Farm Equipment and How to Use It and Farm Conveniences and How to Make Them (from the late 1800's). And for those who don't want to reinvent the wheel there is 507 Mechanical Movements.
Brvtvs suggested: Pretty much any of Ruth Stout's gardening books. Fiction by Joseph Conrad, Nathaniel Hawthorn, and Rudyard Kipling (The Mother Hive is a short must read.) Bealer's Art of Blacksmithing A.I. Root's ABC of Bee Culture
Lucas Machias recommended: The Peloponnesian Wars and Ibn Khaldun's Muqaddimah
Me again: The Quoran, poetry by Kipling and a book discussing logic and common, logical fallacies. Throw in Aesop's Fables and a book on Greek mythology.
STXAR contributed: Trig tables, older math books, Audels type books for the 30's and 40's. You can fix it books, and the Reader's Digest books on carpentry from the 70's. Military handbooks (Combat Engineer, Armorer, Medic, Field Fortifications). Foxfire Series of books. 500 mechanical movements. Machinery Handbook, Mark's Mechanical Engineer's Handbook (it's a complete math to Engineer text book) ARRL Handbook 40's - 80's, Audel's sets for subjects of interest. To name a few I have and some I want.
Ed Gruberman offered: Pocket Ref. Boy Scout Fieldbook, 1970-1984. Pre-1985 Official Boy Scout Handbook. These were the last ones before they got shredded. Fieldbook is supplement to Handbook, containing stuff cut from the handbook.US army officer's manuals for cold weather ops.
Posted by Eaton Rapids Joe at 7:53 AM