Who do you let into the life-boat? 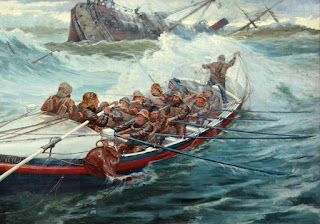 Glen Filthie recently posted that he was inclined to "hunker down" rather than go Mad-Max and head for the hills in the event of massive social breakdown.

His reasons and the readers who commented are worth reviewing.

I suspect that a goodly number of my readers already departed The Big City and are rearranging the doilies on the arms-lockers as we wait for events to unfold.

Something worth considering is that many people in The Big City plan to evacuate and they plan on camping in your house. As Duncan Long wrote in his classic Backpack Fever:

No matter how out-of-the-way their destination, most survivalists are kidding themselves if they think others won't be headed for their hideaway spot along with them.

Who do you let in? 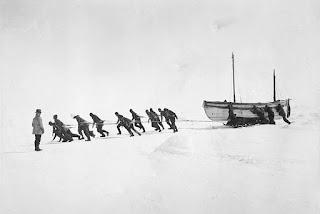 Who do you send packing?

Are you ready to enforce your will?

One thought is that your haven might be the ark that keeps the flame of Western Civilization alive and not just an overnight flop-house.

From that perspective, inviting intact families with married parents would receive very high priority from me, perhaps even more important that "skilz".

Skills can be learned. Loyalty, not so much.

Why?  Because loyalty and commitment have become rare commodities in this world. An intact family suggests that the two adults are not afraid of commitment and have a tangible track-record of being able to work with one other adult in close quarters.

A man who has a wife and children behind the walls will fight with great courage. Can the same be said of a "man" whose squeeze is a random hookup du jour? Which one is more likely to sell-out and lead them to the loot by the back gate?

While I would prefer people I am related to, I don't have very many family members who are in the 20-to-50 age range who are married and have children.

While the idea of taking in dozens of nubile, young women has a certain, passing attraction, qualifying as both women and children, there are some good reasons to NOT do that.

For one thing, young women tend to have daffy ideas. Ideas like "This is a Democracy and we should vote on every issue". Furthermore, an imbalance in the men/women can lead to some unhealthy competition when it is critical that energy should be focused on feeding, housing and protecting the lifeboat.

And, it is with dismay that I must report that many young women have issues with authority (especially when wielded by a man) perhaps because of daddy-abandonment issues. Many young women seem to feel totally justified in doing whatever their emotions direct them to do. Then, when there is an aweful outcome they rationalize it with "My heart was in the right place"

Another question is "How many"?

That number will vary. It will be more if they bring a trailer or are willing to live in an outbuilding or even in a tent. 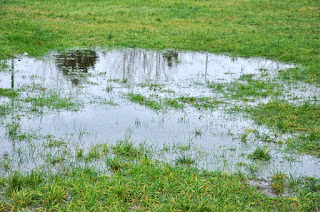 It will be much higher if they are willing to use an outdoors pivy. If you will forgive the expression, the first thing on Hacienda ERJ that will crap-out as numbers climb will be the septic and drain field.