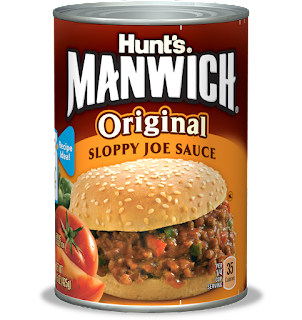 My oldest daughter lives in South Miami and she informed me that it is almost impossible to find Hunt's Manwich sauce in the area. She suggested that there MUST be a reason and asked if I could investigate.

I called the Hunt's Corporation and actually got a human.

I was informed that sales were so low in south Florida that stores no longer stocked it.

Confused, I asked if they had any idea why it was such a slow seller in south Florida.

The nice lady on the other end of the phone informed me that it was because most of the people in Miami/Dade spoke Spanish as their first language.

I asked "What does that have to do with not buying Manwich Sauce?"

She responded " 'J' is pronounced like 'H' in Spanish. Nobody wants to be seen with cans that tell the neighbors that they eat 'SLOPPY HOES' "