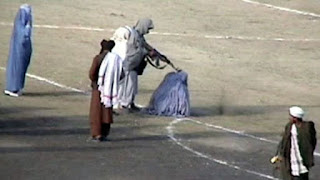 "It is more important that we stay connected than that to be right."  -An unnamed Social Worker

The term "Group-Think" was coined after Kennedy's disaster at The Bay of Pigs.

Kennedy had assembled the "smartest" cabinet possible. He plucked proven winners, men who had guided American industry with a firm hand through WWII and the booming 1950s.

In retrospect, nearly every cabinet member said that they had grave reservations about the viability of The Bay of Pigs invasion but they thought they were the only one so they kept quiet.

The military fights Group-Think (or they used to) by having the most junior member of the decision-making team speak first. That way, they are not cowed by rank and the team gets the benefit of their thinking rather than hearing "Yep, me too, SIR!"

Social media made Group Think worse. My impression of most social media is of a table in the middle-school cafeteria. You know the one. It is the one where the mean girls sit. There is one empty seat. The girl that USED to sit there committed the heresy of questioning some minor point of The Mean Girl Dogma.

They saw their place at the table was predicated on being "reliable" rather than "truth seeking", that it was more important to "stay connected than to be right".

And now, 18 million women are being plunged into the Dark Ages.

Posted by Eaton Rapids Joe at 7:54 AM